Mesial temporal sclerosis with infarct of the parahippocampal gyrus 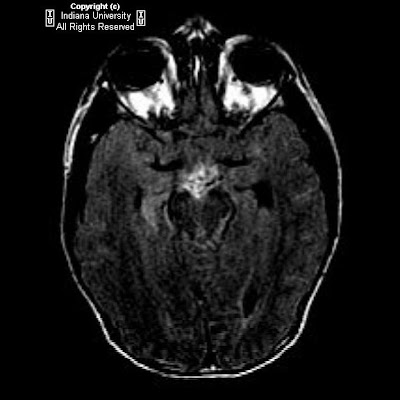 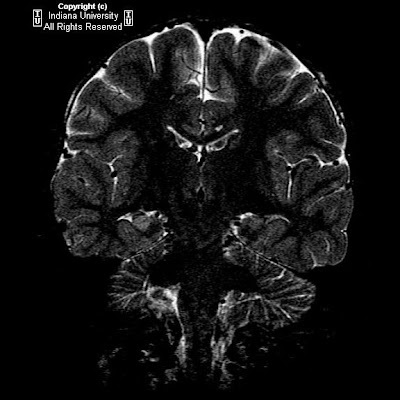 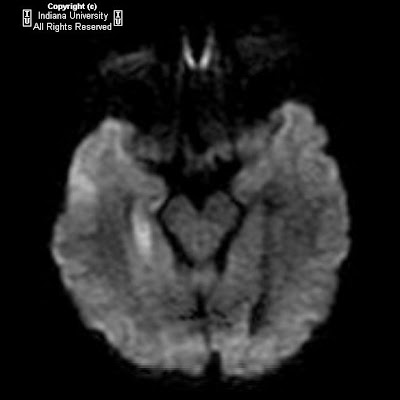 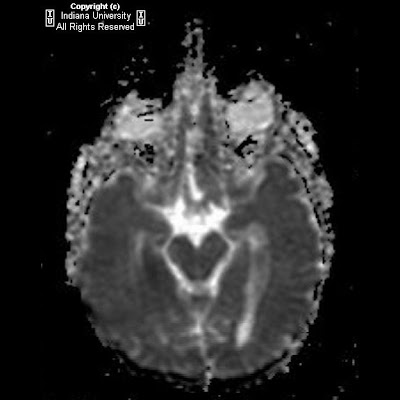 
Diagnosis: Mesial temporal sclerosis with infarct of the parahippocampal gyrus

Mesial temporal sclerosis (MTS) is a poorly understood phenomenon involving atrophy and sclerosis of the hippocampus and adjacent structures, namely, the amygdala, parahippocampal gyrus, and uncus. MTS may be acquired in the setting of prolonged febrile seizures, status epilepticus, or cerebral ischemia. Histopathology demonstrates neuronal loss and fibrillary gliosis. There has been controversy regarding whether MTS is the cause or the result of temporal lobe epilepsy. However, there is a clear connection since the majority of temporal lobe resection specimens done for temporal lobe epilepsy demonstrate MTS. Approximately 15% of temporal lobe resection specimens exhibit both MTS and another lesion such as cortical dysplasia. Approximately 25% of patients are successful with medical therapy. The patient presented here had longstanding seizures and had a recent seizure which resulted in acute infarction of the parahippocampal gyrus. This may result from seizure related hypoxemia.

MR demonstrates increased T2 signal as a result of neuronal loss and gliosis. Increased FLAIR signal is also seen but caution is necessary as limbic structures all demonstrate slight hyper intensity on FLAIR. Magnetic resonance spectroscopy can be used to evaluate MTS since interictal N- acetyl aspartate (NAA) is reduced in the ipsilateral temporal lobe compared with the uninvolved temporal lobe. Lactate and lipid peaks may be increased if scanned within 24 hours of seizure. Nuclear medicine studies demonstrate reduced activity if injected interictally and increased activity if injected ictally.
Pubblicato da David Spizzichino a 16:00