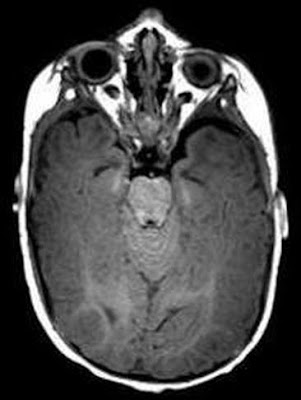 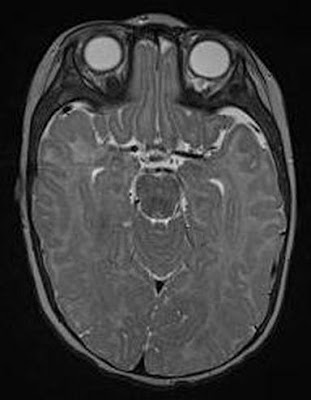 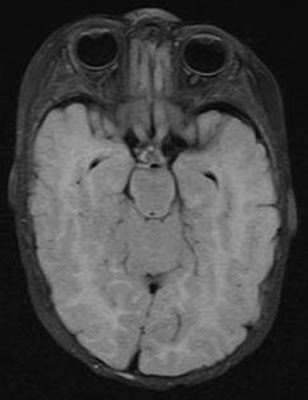 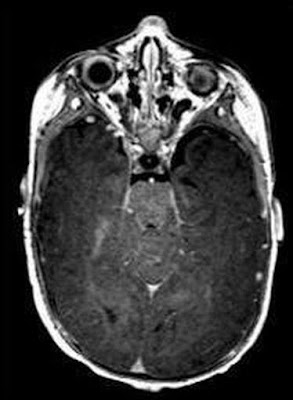 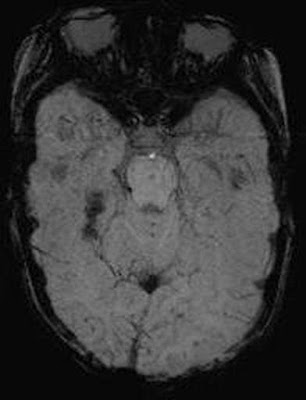 There is an ill-defined enhancing focus in the medial right temporal lobe on post gadolinium contrast T1-weighted imaging (Figure 4). There is no corresponding signal abnormality or mass on the precontrast T1-weighted, T2-weighted, or FLAIR images (Figure 1, Figure 2, and Figure 3, respectively). There is no mass effect. On susceptibility-weighted imaging (SWI) the lesion shows hypointensity (Figure 5).


Brain capillary telangiectasias are benign vascular malformations which are often found incidentally.
They can be visualized by gadolinium contrast and gradient-echo susceptibility or susceptibility weighted imaging, but not through catheter angiography, and may often not be visible on conventional T1/T2, FLAIR, or diffusion-weighted imaging.
Often asymptomatic and usually no treatment is required.

Brain capillary telangiectasias (BCTs) are one of four major types of vascular malformations which occur in the brain (the other three are arteriovenous malformations, cavernous malformations (cavernous angiomas), and developmental venous anomalies (venous angiomas), and represent up to 20% of all intracranial vascular lesions. BCTs consist of multiple ectatic capillaries surrounded by normal brain parenchyma and are usually devoid of calcification, gliosis, extraluminal hemorrhage, and hemosiderin-laden macrophages. BCTs are most common in the midbrain, pons, medulla, and spinal cord, but they are found throughout the central nervous system. Multiple BCTs are possible, especially in certain syndromes (e.g.; ataxia telangiectasia, Osler-Weber-Rendu, or Sturge-Weber syndrome).

Often found incidentally, BCTs are usually benign, small in size, and rarely grow over time. They are rarely symptomatic and are not associated with any particular clinical feature but have been reported to be associated with headache, vertigo, and tinnitus.

BCTs are relatively well visualized through susceptibility weighted imaging where they demonstrate marked signal intensity loss due to deoxyhemoglobin present in slow flowing blood. They are also well visualized through gadolinium-enhanced T1-weighted imaging sequences where they are seen as small faint lesions. BCTs are difficult to visualize through conventional T1/T2, FLAIR, or diffusion-weighted imaging and are considered to be one of the “angiographically occult vascular malformations” due to their small size, tendency to occlude, and sluggish flow.
Pubblicato da David Spizzichino a 16:00