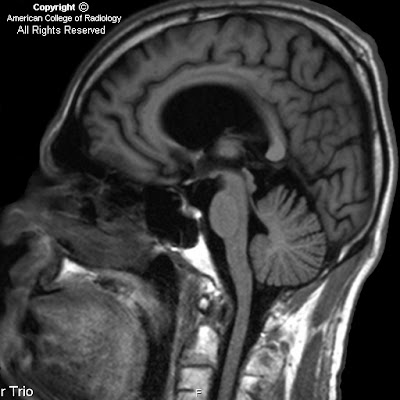 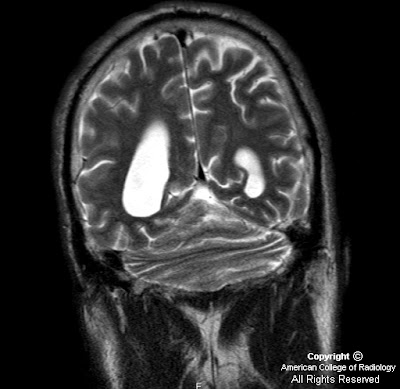 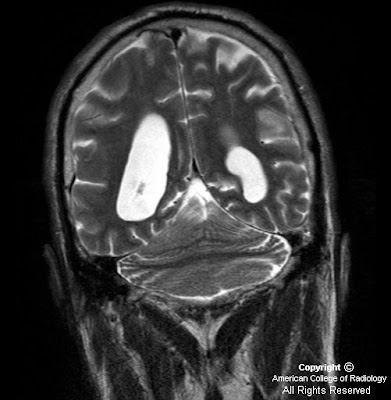 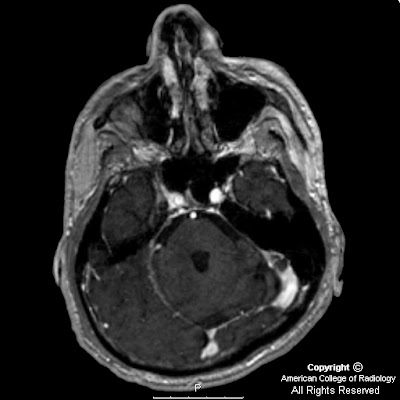 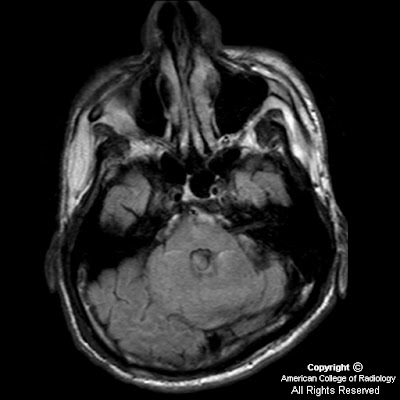 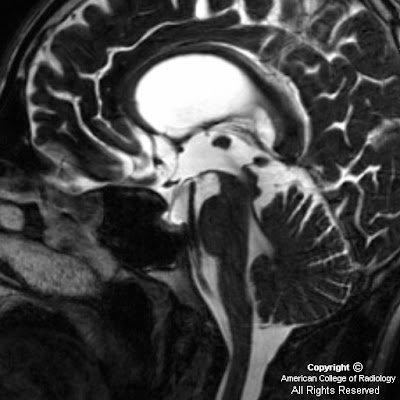 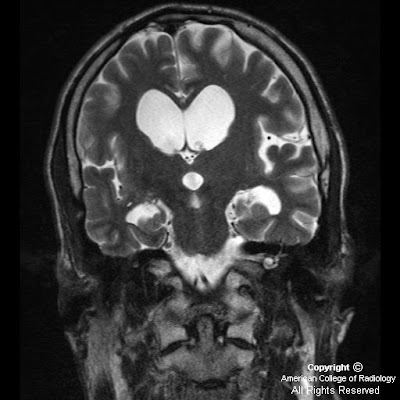 
Rhombencephalosynapsis, originally described by Obersteiner in 1914, is a rare congenital malformation of the posterior fossa featuring fusion of the cerebellar hemispheres (partial or total), agenesis or severe hypogenesis of the cerebellar vermis and apposition or fusion of the dentate nuclei. Failure of dorsal induction/differentiation of the normal midline structures with disturbed cerebellar development is thought to occur following an insult between the 28th and 44th days of gestation, and may be genetic or acquired. The likely genetic defect involves the isthmic organizer, with FGF8 and LMX1A genes being considered; there have been anecdotal reports of interstitial deletion of chromosome 2q and parental consanguinity. Among predisposing maternal factors, hyperpyrexia, diabetes, and phencyclidine and alcohol use have been incriminated.

The most distinctive pathologic feature is midline fusion of the cerebellar hemispheres with folia and fissures transversely oriented (single-lobed cerebellum). There is associated agenesis or poor differentiation of the vermis, the rostral portion being the most severely affected, while the caudal vermis is better formed, usually with a well-developed flocculonodulus. The posterior fossa is smaller than normal. Superior and middle cerebellar peduncles may be fused, as well as the dentate nuclei and the inferior colliculi, sometimes leading to a characteristic diamond or “keyhole” shaped fourth ventricle (narrow, pointing posteriorly). Olivary nuclei may be hypoplastic or absent. Once the diagnosis is established, a prompt search for other supratentorial and infratentorial findings should be performed.

Hydrocephalus is the most frequently associated supratentorial anomaly and may be related to aqueductal stenosis. Other common supratentorial findings include fused thalami, fornices and cerebral peduncles, absence of the septum pellucidum, dysgenesis of the limbic system, cortical malformations and multiple suture synostoses. Associations with septo-optic dysplasia and holoprosencephaly have been suggested. Hypoplasia of the commissural system and the anterior visual pathway and agenesis of the posterior lobe of the pituitary can occasionally be seen.

Rhombencephalosynapsis can be part of the Gomez-Lopez-Hernandez syndrome (cerebellotrigeminal dermal dysplasia), which is also characterized by trigeminal anesthesia, midface hypoplasia and bilateral bands of alopecia.

Segmentation and fusion anomalies of the spine, as well as other musculoskeletal, cardiovascular, urinary tract, and respiratory abnormalities have been described in several patients. 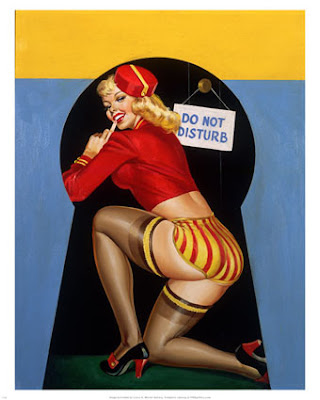