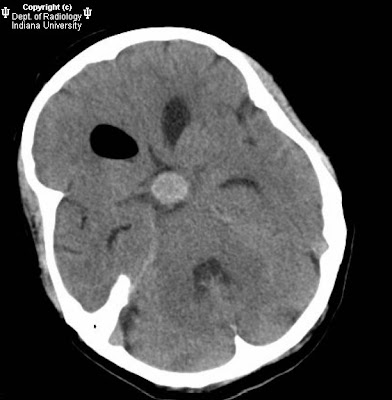 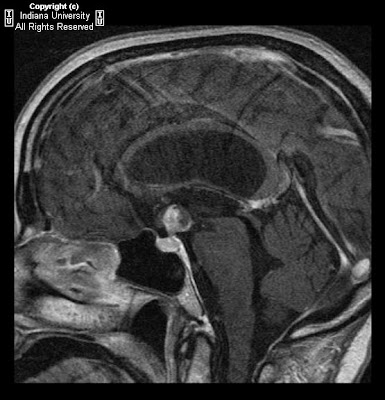 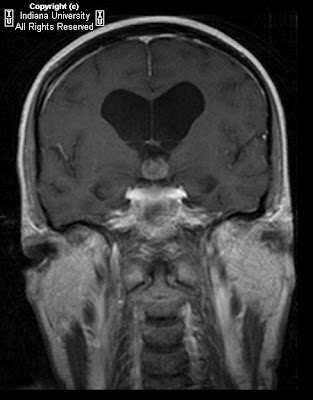 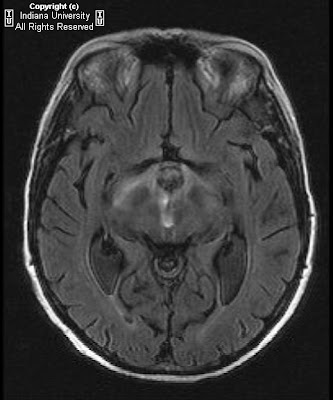 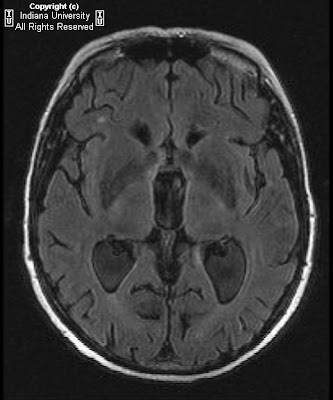 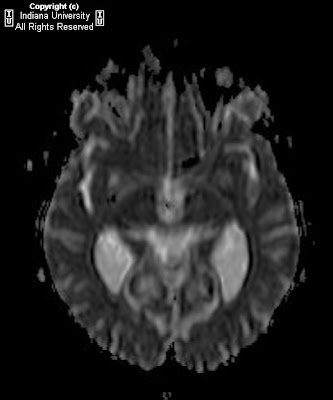 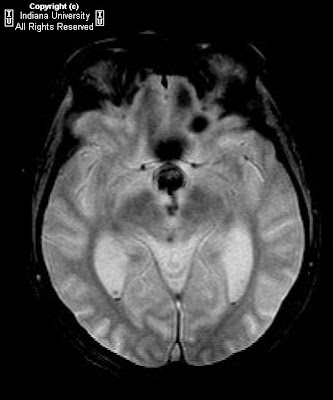 Metastases to the pituitary gland as a whole are rare.
Most commonly breast and lung cancer (2/3) as part of widespread metastases.
Usually to posterior lobe of the pituitary.
Most common presenting symptom is diabetes insipidus, however most are clinically silent.
Often indolent course.
Mimic pituitary adenoma, abscess, aneurysm, and any other variety of suprasellar lesions.
On CT, iso- or hyper dense mass with some enhancement. On MR, iso- or hypo intense on T1 and hyper intense on T2-weighted images with homogeneous post-gado enhancement (clearly not specific).
Metastases to the pituitary infundibulum are especially rare and also usually of lung or breast origin. They invade locally and are also indolent.
Primary tumors of the infundibulum are rare, but include pituicytomas, other astrocytomas, ependymomas, and pleomorphic xanthoastrocytomas.
Metastatic lesions to pituitary stalk have been described extending superiorly into the hypothalamus.
Metastases to the hypothalamus alone without pituitary involvement is almost never described.
Pubblicato da David Spizzichino a 16:00