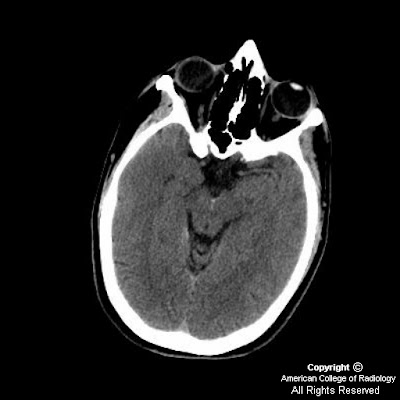 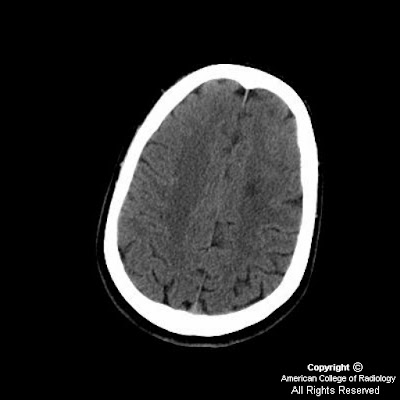 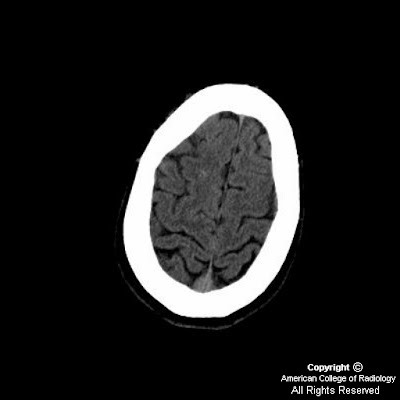 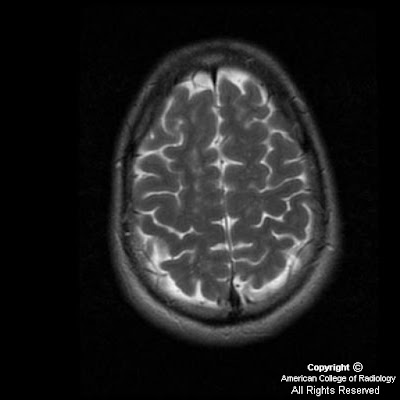 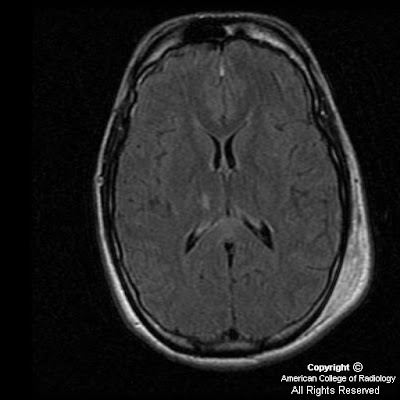 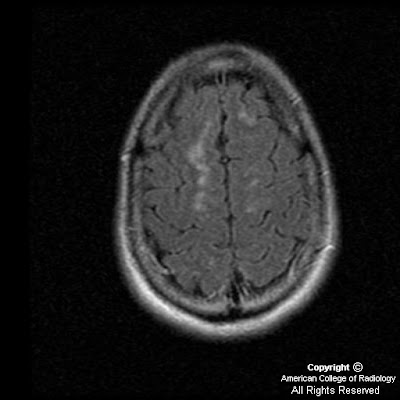 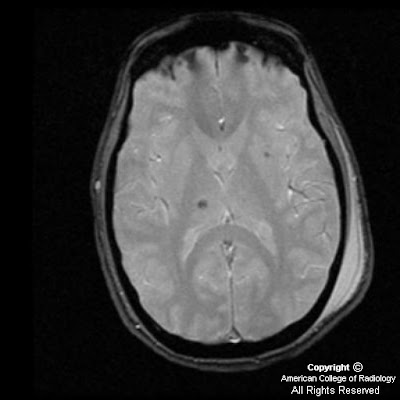 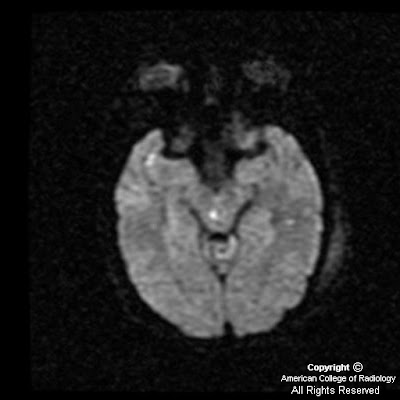 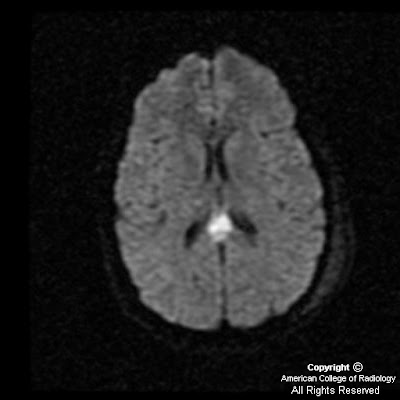 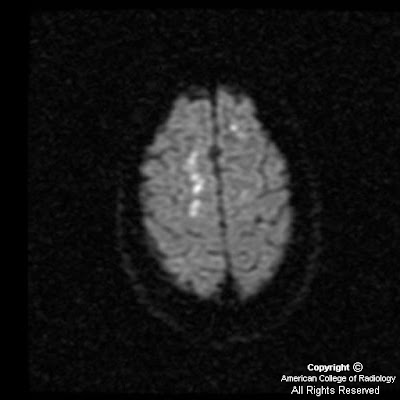 
Diffuse axonal injury (DAI) is the result of severe closed head deceleration injury. The rotational acceleration and deceleration of the brain results in stretching of the axons. Capillaries are disrupted along with axons which produces small petechial hemorrhages. The most commonly involved sites of shear injury are the gray-white junction, corpus callosum (especially the body and splenium), brain stem, superior cerebellar peduncle and internal capsule. The body and splenium of the corpus callosum are most vulnerable because of the broadening of the falx posteriorly which allows the brain to move transiently across the midline anteriorly. Brain stem lesions, lesions within the subcortical white matter and internal capsule are associated with more severe injury. Frontal and temporal lesions at the gray-white junction are associated with more mild injury.

CT is not as sensitive as MRI in detecting lesions in DAI and initial CT examanination is normal in 50-80% of cases. Findings of DAI observed on CT are small hypodense foci which correspond to edema at the site of shearing injury. Hyperdense foci of petechial hemorrhage may be present secondary to capillary disruption. MR findings of DAI are high signal foci on T2 and FLAIR images. Hemorrhagic foci are identified as areas of low signal secondary to increased magnetic susceptibility on gradient echo images. Diffusion weighted imaging demonstrates hyperintense foci reflecting restricted diffusion.

Eighty percent of DAI lesions are microscopic and nonhemorrhagic. The traumatic axonal stretching results in swelling, microglial clusters and eventual wallerian degeneration. The most common signs and symptoms of DAI are loss of consciousness immediately following the injury with coma and persistent vegetative state. Brain stem damage (as in this case) is associated with immediate or early death. There is no treatment for diffuse axonal injury. Supportive therapy is the standard of care.
Pubblicato da David Spizzichino a 16:00