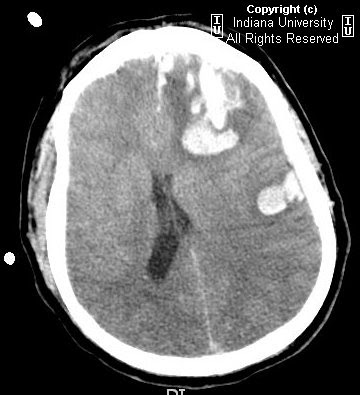 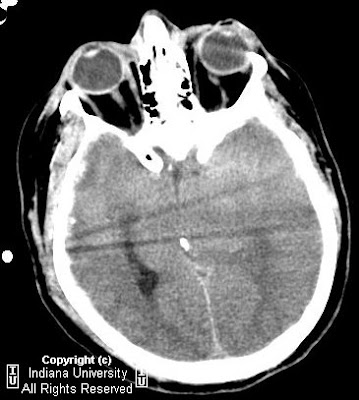 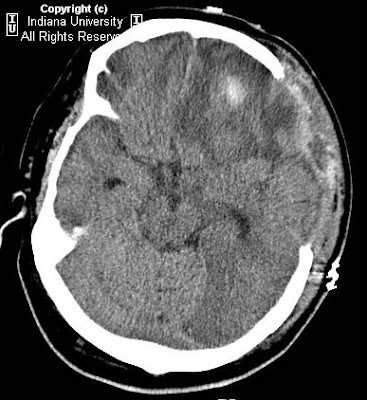 With increased intracranial pressure, the brain can herniate transtentorially, cutting off circulation to the posterior cerebral artery and causing infarct of the ipsilateral occipital lobe. Radiologic evidence of descending transtentorial herniation includes obstruction of the CSF draining system and contralateral enlargement of the lateral ventricle, the uncus extending into the suprasellar cistern, and ipsilateral prepontine cistern widening. The clinical evidence for herniation itself includes an ipsilateral dilated pupil and contralateral hemiparesis, though these may be difficult to discern in the setting of already increased intracranial pressure due to the underlying etiology. The sequelae of PCA infarct include acute vision loss, confusion, new onset posterior cranium headache, paresthesias, limb weakness, dizziness, nausea, memory loss and language dysfunction.

There will be evidence for increased intracranial pressure such as a space-occupying lesion, hemorrhage or edema; and, more specifically, evidence for transtentorial herniation including mass effect with uncal extension into the suprasellar cistern and contralateral lateral ventricle expansion. Over a period of time, there will eventually develop ipsilateral or bilateral signs of infarct on MR or CT in the distribution of the posterior cerebral artery within the occipital lobe.
Pubblicato da David Spizzichino a 16:00