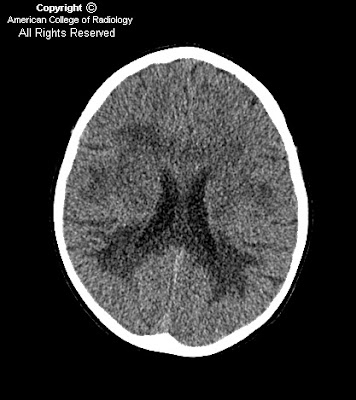 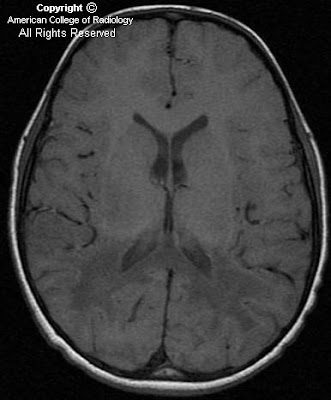 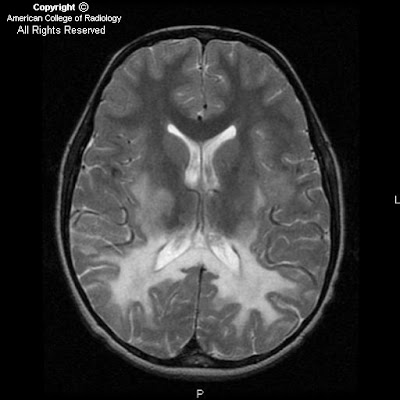 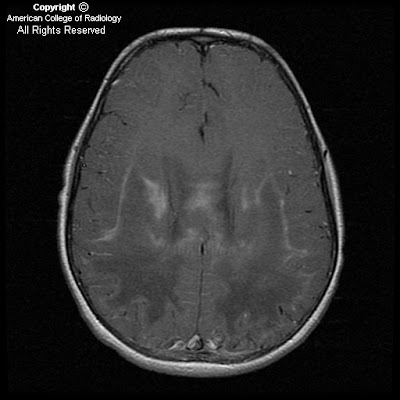 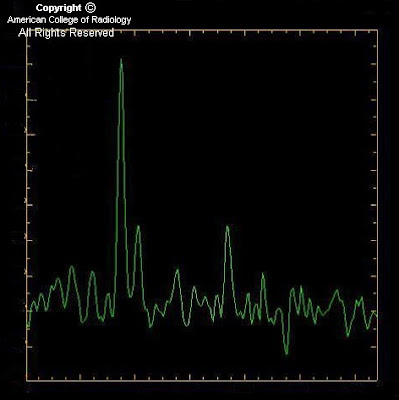 
Adrenal leukodystrophy is a hereditary disorder caused by impaired beta-oxidation of very long chain fatty acids (VLCFA). Various forms exist, each named according to the age of presentation, including neonatal, childhood, adolescent and adulthood. Another variant, in which there is severe involvement of the spinal cord rather than the cerebrum, is termed adrenomyeloneuropathy (AMN).

The defective myelin is more easily broken down by the body’s normal physiologic functioning and the resulting pathophysiologic processes which include a severe inflammatory demyelination that predominates in the cerebral white matter and axonal degeneration that predominates in the posterior fossa and spinal cord.
These processes manifest radiologically as three zones in the cerebral white matter:
- Zone A, a central burned out zone containing only astrogliosis
- Zone B, an inflammatory zone peripheral to the central zone containing perivascular inflammatory cells and demyelination where axons are preserved
- Zone C, site of demyelination without inflammation.

Clinically, patients suffering from the childhood variant of ALD develop normally initially, but then present with behavioral changes and progressive visual, auditory and motor dysfunction between the ages of 4-10. Diagnosis is usually made by laboratory evaluation of very long chain fatty acid levels once there is clinical suspicion. Treatment options are limited and aimed at lowering levels of VLCFA’s through dietary restriction, consumption of Lorenzo’s oil and lovastatin therapy. Bone marrow transplantation has also shown to be of benefit in some cases. Imaging is helpful as an adjunctive tool to evaluate the extent of disease at presentation and to assess for evolution of the disease during treatment.