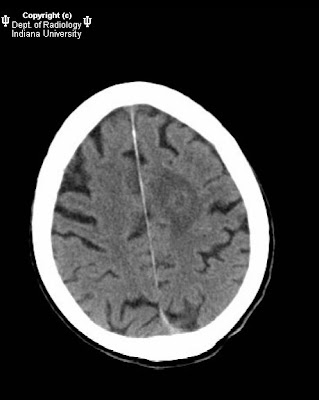 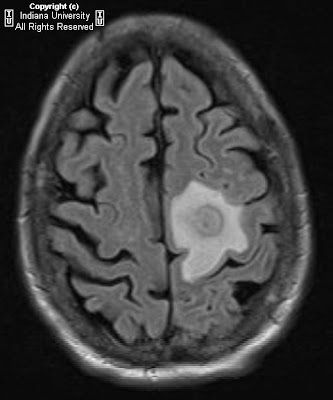 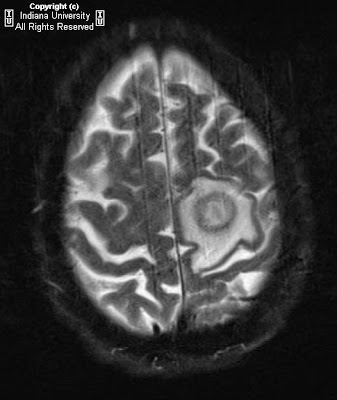 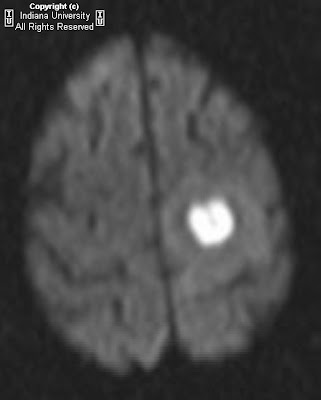 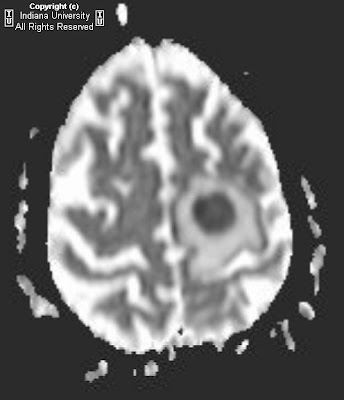 There is an intra-axial mass, located in the posterior left frontal lobe, in the superior frontal gyrus just anterior to the precentral gyrus. There is surrounding vasogenic edema, which expands the left precentral gyrus. Mass shows a well-defined rim on MR, somewhat irregular, consistent with a capsule. Central portion shows pronounced diffusion restriction.

A brain abscess is a focal, suppurative infection within the brain parenchyma, typically surrounded by a vascularized capsule.
The most common symptom in patients with a brain abscess is headache, occurring in >75% of patients.
MRI is better than CT for demonstrating abscesses in the early (cerebritis) stages and is superior to CT for identifying abscesses in the posterior fossa.
On contrast-enhanced T1-weighted MRI, a mature brain abscess has a capsule that enhances surrounding a hypo dense center and surrounded by a hypo dense area of edema.
On T2-weighted MRI, there is a hyper intense central area of pus surrounded by a well-defined hypo intense capsule and a hyper intense surrounding area of edema.
The distinction between a brain abscess and other focal CNS lesions such as primary or metastatic tumors may be facilitated by the use of diffusion-weighted imaging sequences on which brain abscesses typically show increased signal and low apparent diffusion coefficient.

Serial MRI or CT scans should be obtained on a monthly or twice-monthly basis to document resolution of the abscess.
Pubblicato da David Spizzichino a 16:00