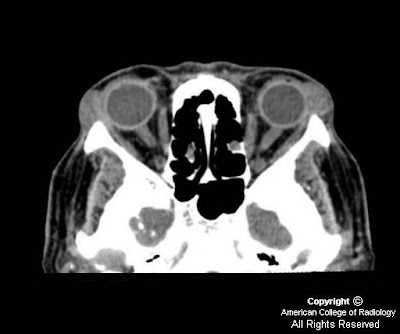 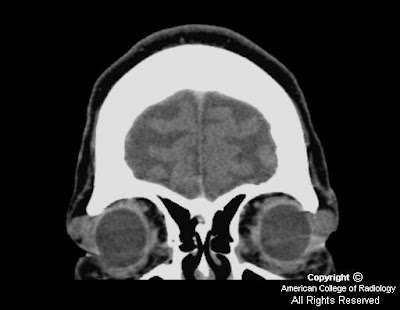 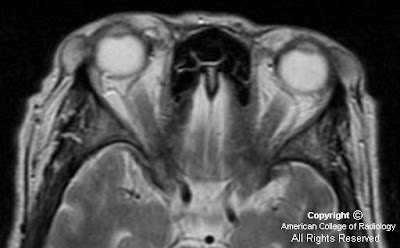 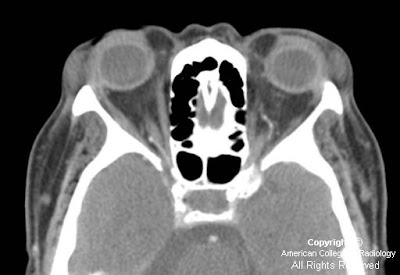 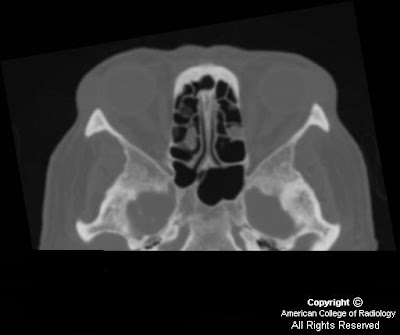 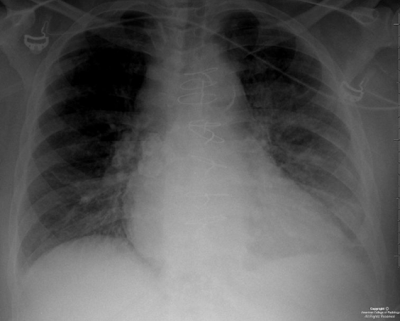 
20 to 25 percent of patients with systemic sarcoidosis develop ophthalmic manifestations usually between the third and fifth decades. The most common finding is inflammation of the uveal tract. Less commonly, patients will present with inflammation of the optic nerve or orbital involvement including pseudotumor like intraorbital masses, extraocular muscle enlargement, or lacrimal gland infiltration and hypertrophy. Isolated orbital disease is uncommon and usually limited to the lacrimal glands.

Imaging studies such as orbital CT and MRI are an integral part of early diagnosis. CT findings include symmetric enlargement of the lacrimal glands with diffuse homogeneous post contrast enhancement. There may be associated medial displacement of the optic globes as well as proptosis. Pertinent negative findings include the absence of adjacent bony orbital invasion and destruction. MRI is optimal to evaluate for additional orbital involvement such as optic nerve infiltration which manifests as a thickened and enhancing intraorbital nerve. An MRI of the brain is also recommended to evaluate for extension into the intracranial optic pathways and to exclude findings of coexisting neurosarcoidosis.