Ewing sarcoma of the occipital bone 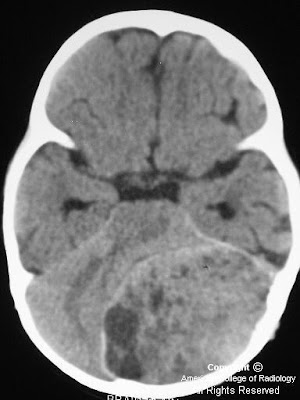 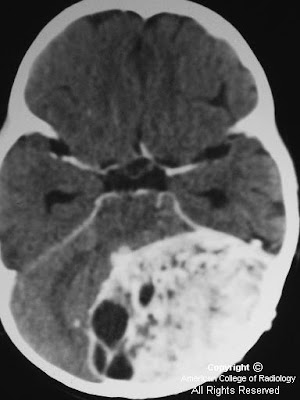 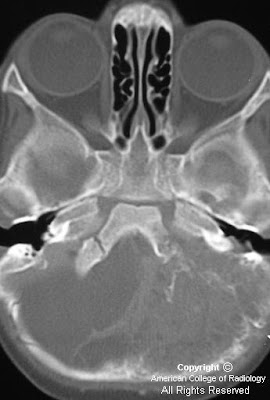 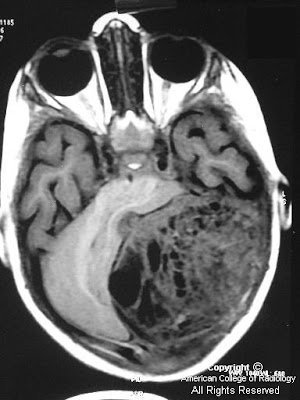 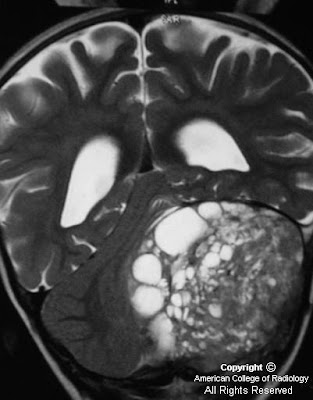 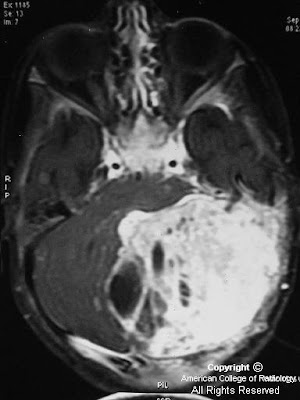 
Ewing sarcoma is a small round-cell tumor arising from mesenchymal cells. These tumors affect children and young adults in the age group of 5-15 years. The long bones, flat bones like the scapula and the vertebrae are the most common sites. Primary Ewing sarcoma affecting the calvarium is extremely rare, making just 1% of the cases. In the skull, the tumor more often arises from the frontal and parietal bones and less common locations include ethmoid, temporal and occipital bones.

Treatment is surgery followed by chemotherapy and radiation.
Pubblicato da David Spizzichino a 16:00