14-year-old child with history of Acute Lymphoblastic Leukemia (ALL), on induction chemotherapy complaining of left sided weakness and facial asymmetry of acute onset. 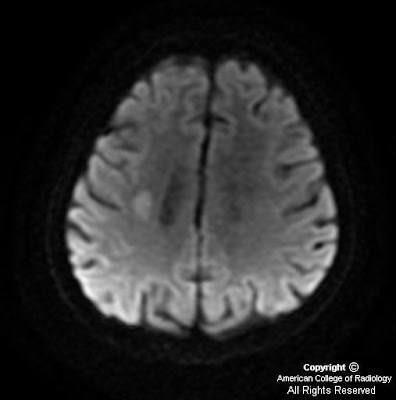 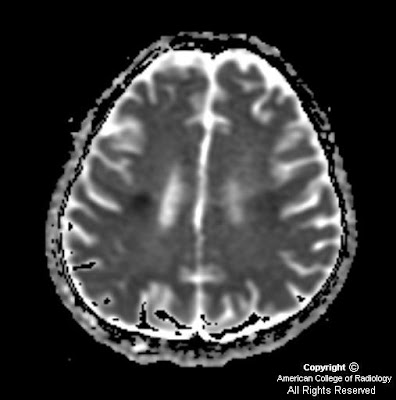 The patient was given supportive treatment and aminophylline, symptoms resolved and an MRI was repeated after 3 days. 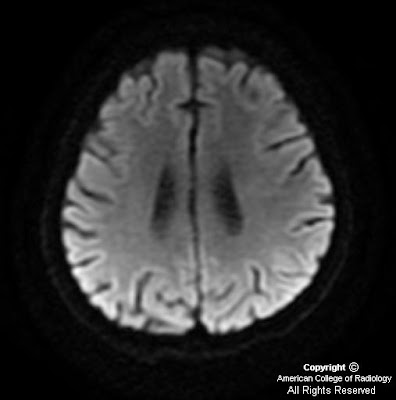 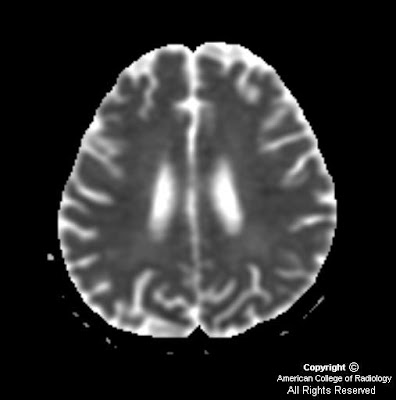 
With improvements in antileukemic treatment there has been a steady increase in long term survivors of ALL. However a myriad of neurological complications are seen during and after treatment. These maybe broadly categorized into those related to chemotherapeutic agents, radiation therapy, coagulopathy, immunosuppression and marrow transplantation.

Methotrexate is an essential component of treatment regimens in ALL. It can be administered both intravenously and intrathecally. Though hematologic and mucocutaneous consequences are more common, the CNS adverse effects are more worrisome. Chronic leukoencephalopathy as a result of methotrexate and radiotherapy is a well recognized complication and usuallly associated with cognitive deficits rather than focal neurologic deficits although subacuteacute encephalopathy after methotrexate may occur as well and usually presents as headache, confusion, disorientation, seizure, and focal neurologic deficit. A vast majority of patients show hemiparesis and aphasia.

High level of adenosine is thought to be responsible for methotrexate induced toxicity. Statistically the periventricular white matter is the most common area affected. On diffusion weighted imaging these areas show increased signal intensity and hypointensity on corresponding apparent diffusion coefficient (ADC) maps. There may be no abnormality identified on T1, T2, and FLAIR sequences during the acute symptomatic phase.

Clinical resolution is followed by the appearance of residual FLAIR hyperintensities in the involved areas, which show gradual regression. There is no established treatment, however several anecdotes report symptomatic resolution with aminophylline therapy.
Pubblicato da David Spizzichino a 16:00