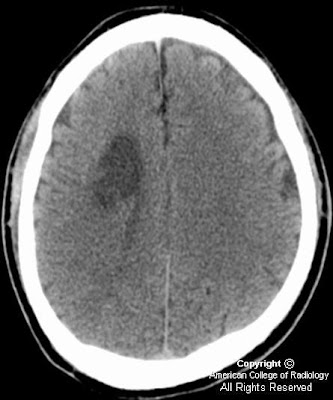 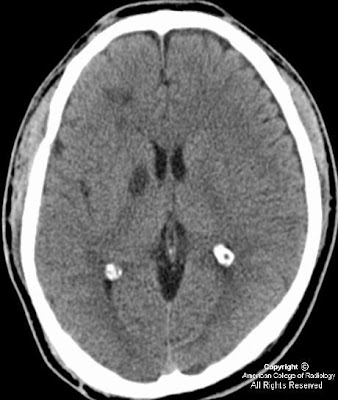 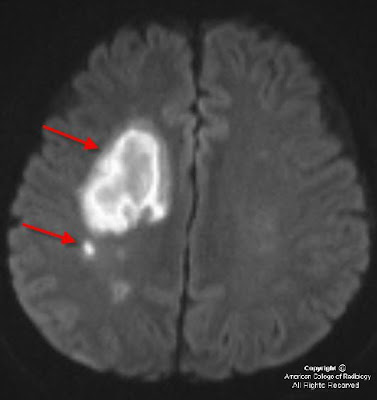 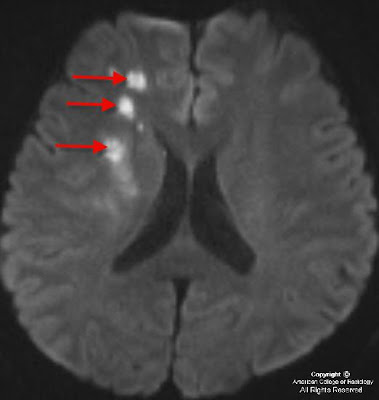 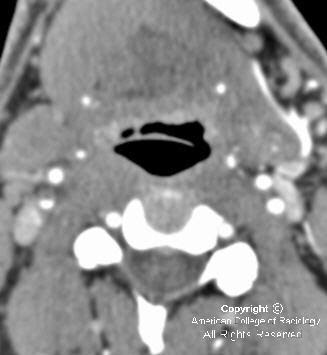 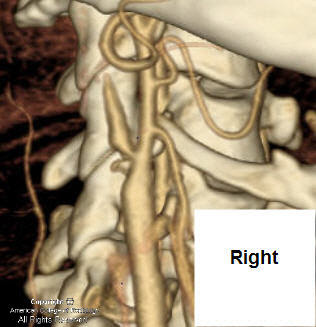 
Carotid and vertebral artery dissection should be considered among the etiologies of brain infarct, particularly in young patients.
Symptoms typically include neck and face pain, headache, acute onset Horner’s syndrome, and ischemic symptoms that may occur initially or days to weeks after dissection.
Primarily treated with anticoagulation and aspirin.

Spontaneous carotid dissection can occur at any age but is most frequently seen in the fifth decade of life. The most common location for dissection of the internal carotid artery is the proximal extracranial segment. While brain infarct is the most feared complication, some carotid dissections may be asymptomatic from a neurologic standpoint.

Once thought to be a rare occurrence, spontaneous dissection of the internal carotid artery has become increasingly recognized as a cause of anterior circulation infarction, largely due to the advent of MR angiography. Predisposing factors include hypertension, Ehlers-Danlos disease, Marfan syndrome, fibromuscular dysplasia, migraine, oral contraceptives, and pharyngeal infections although most carotid dissections are seen in completely healthy individuals. A history of minor trauma is often elicited. The most studied association is chiropractic spinal manipulation, but carotid dissection has been described in various other minor traumas such as: yoga, ceiling painting, nose blowing, judo, coughing, sneezing, vomiting, and even ventilation associated with resuscitation or anesthesia. Blunt or penetrating major trauma to the head and neck is also a well-recognized cause of carotid dissection.

Imaging findings in carotid artery dissection include a tapered narrowing and occlusion of the vessel, as seen on current CTA exams with MIP images and 3D rendering. A hyperintense intramural hematoma may sometimes be seen on noncontrast axial T1 weighted imaging with fat-saturation, when blood products are in the subacute phase, representing methemoglobin. On occasion, it may also be termed the “crescent sign” because of its morphology. Signs of anterior circulation infarction can be seen on CT and MR at the time of initial presentation (as in our case).

Treatment in uncomplicated cases usually includes anticoagulation therapy and aspirin. It is important to obtain follow up MR imaging in these patients to assess for recanalization of the vascular lumen or progressive stenosis. These patients are also more prone to development of pseudoaneurysms.
Pubblicato da David Spizzichino a 16:00