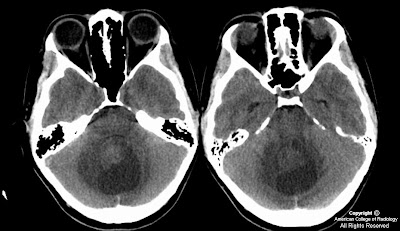 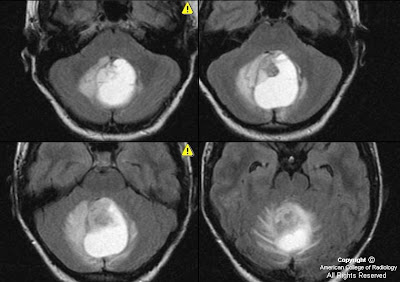 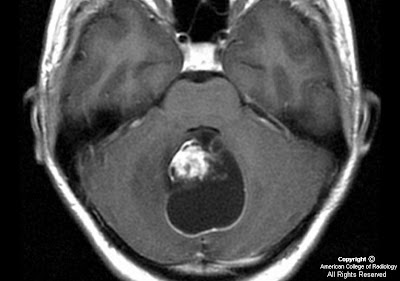 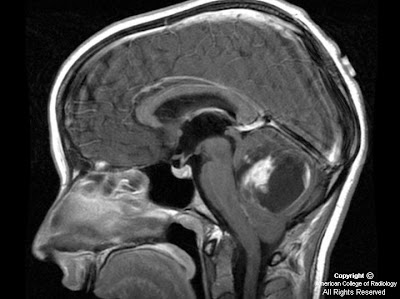 The most frequent posterior fossa tumors in children are juvenile pilocytic astrocytoma (JPA), medulloblastoma, ependymoma, and brainstem glioma. The JPA is second in frequency only to medulloblastoma.

Pilocytic astrocytomas usually present within the first two decades of life, with a peak age of presentation at 10 years. Patients present with headache, nausea, and vomiting, usually secondary to hydrocephalus, or may have symptoms because of brainstem or cerebellar compression.

When completely removed, there is a greater than 90% five-year survival rate. Surgery is usually curative, but prognosis does depend on cellular morphology.

The typical radiographic appearance is that of an enhancing mural nodule, as well as a nonenhancing cystic component. Most are well-defined and located off the midline in the cerebellar hemispheres or vermis. The nodular portion of the lesion usually demonstrates homogenous contrast enhancement. Calcification is uncommon. Twenty per cent are solid without cysts. MRS can demonstrate elevated choline, lactate, and myoinositol. Avid uptake is often present on PET scans.
Pubblicato da David Spizzichino a 16:00