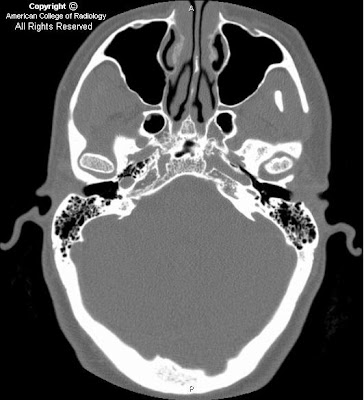 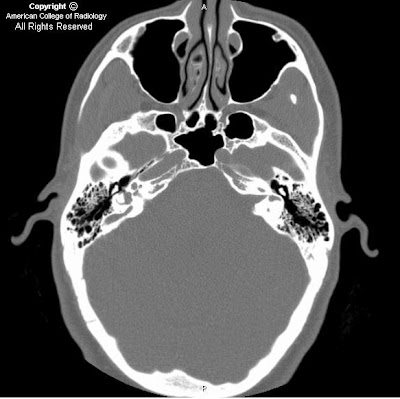 
An enlarged vestibular aqueduct is defined by an anterior-posterior diameter greater than 1.5 mm, at the midpoint between its external aperture and the common crus. Hearing loss usually is bilateral, progressive in nature, and may be associated with vertigo. Some cases may be familial.

This is thought to occur as a result of arrest of inner ear development during the fifth week of embyronic life. Clinically, these patients hear normally during the first few years of life, with progressive sensorineural hearing loss developing as late as the teenage years. Vestibular aqueduct syndrome may be unilateral or bilateral.

It is suggested that the progression of hearing loss is often triggered by head trauma and activities that cause sudden fluctuation in cerebrospinal fluid pressure. The large vestibular aqueduct would allow back pressure to the inner ear, resulting in damage to the membranous labyrinth. 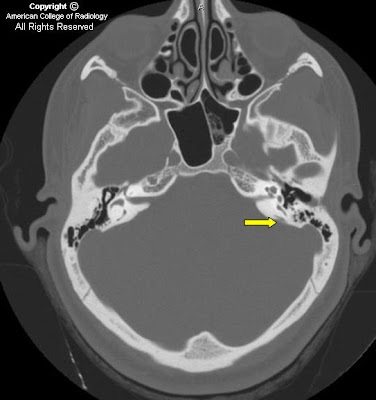