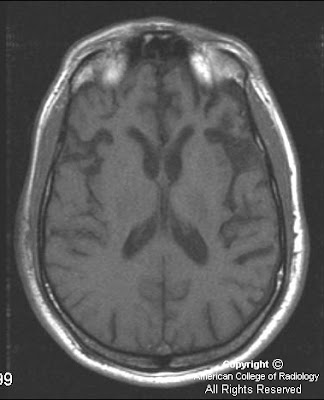 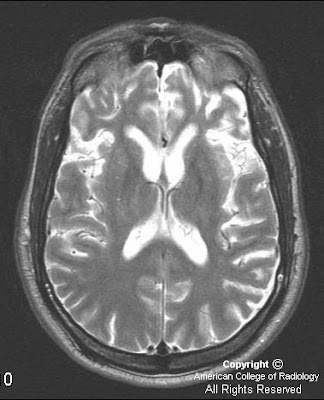 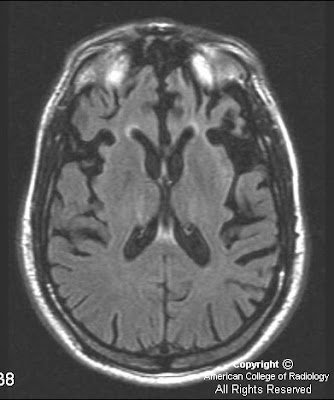 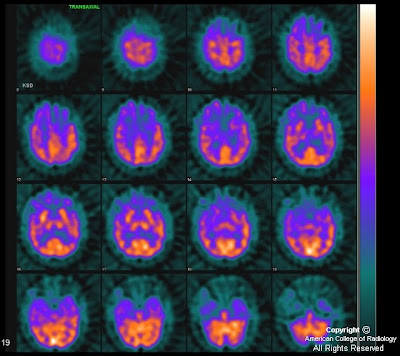 
Pick's disease is described as a rare, progressive, degenerative disease, mostly involving the frontal and temporal lobes. This was first described by Arnold Pick in 1892. It is not thought to be inherited. Women are more affected than men. There is no cure.

This disease is more common in a younger age group (40 to 60) with an average of 54. Alzheimer's disease would be more likely in older patients, over 70.

Behavioral and physical changes include repetitive or compulsive behaviors, mood changes, apathy, echolalia, aphasia, apraxia, rigidity, and a multitude of other behaviors that range from not speaking or moving to rapid pacing. It will always progress to a vegetative state.

MRI will demonstrate atrophy of the frontal and temporal lobes with preservation of the pre- and postcentral gyrus on all sequences. There is no abnormal enhancement associated with this disease.

SPECT imaging will demonstrate decreased radiotracer uptake in the frontal and temporal lobes.

Histologic evaluation, which is usually postmortem, demonstrates a "ballooned" appearance of the neurons related to swelling. These are called Pick bodies. This is different than Alzheimer's type dementia, which demonstrates amyloid plaques and neurofibrillary tangles. In multi-infarct dementia, there is myelin and axonal loss with associated astrocytosis and generalized necrosis.
Pubblicato da David Spizzichino a 16:00