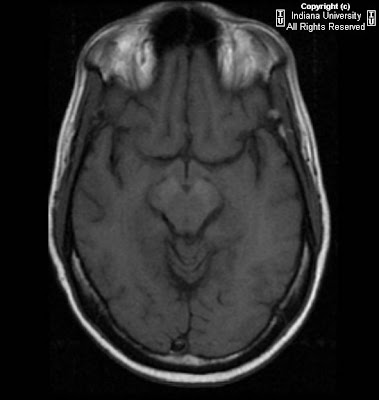 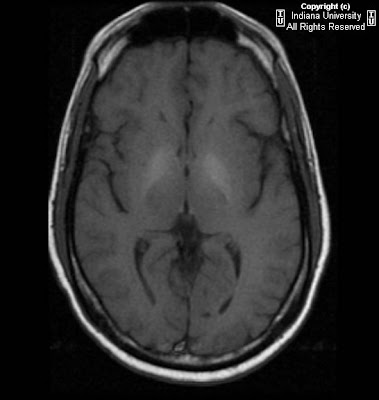 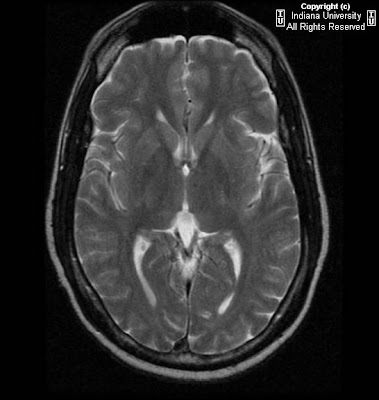 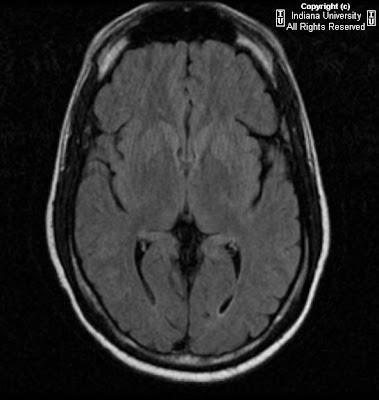 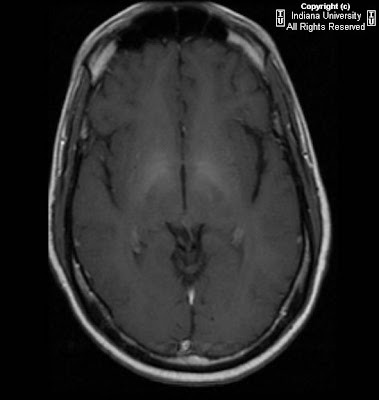 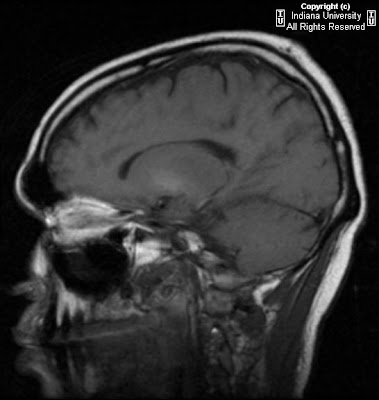 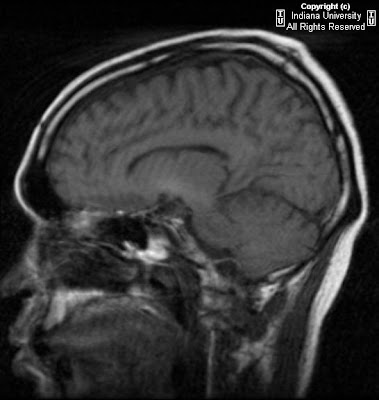 There is T1 shortening of the basal ganglia, internal capsules and corticospinal tracts bilaterally. No area of abnormal contrast enhancement. There is mild cerebellar atrophy. The ventricles are normal in size and configuration. There are normal vascular flow-voids. There is no mass or abnormal fluid collection.

T1 hyperintensity on MRI indicates increased fat or metallic deposition. Normally, the liver removes excess metals for storage or excretion; failure leads to hemochromatosis or Wilson's disease, in 2 examples. Another example is portosystemic shunting, as a result of liver disease (or in the case of a TIPS shunt to relieve portal hypertension). In these cases, the basal ganglia undergo metallic deposition. In the case of cirrhosis, deposition of manganese and copper lead to the bright T1 signal in the basal ganglia. In fact, degree of signal intensity quantitatively relates to the tissue concentration of manganese in the basal ganglia.
Pubblicato da David Spizzichino a 16:00