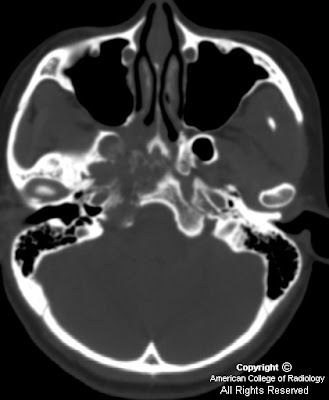 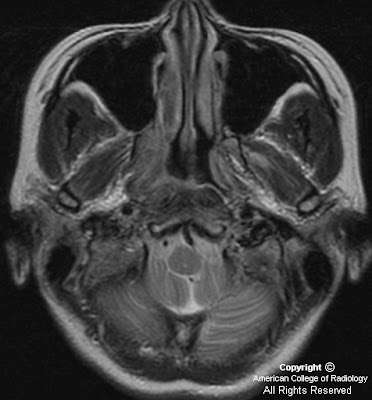 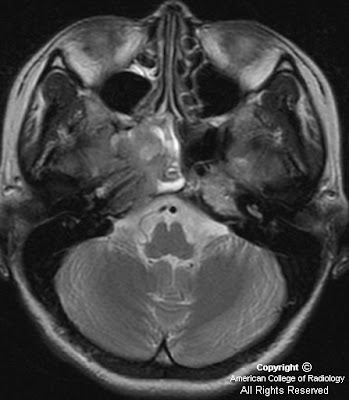 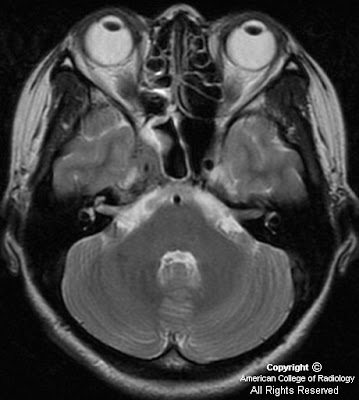 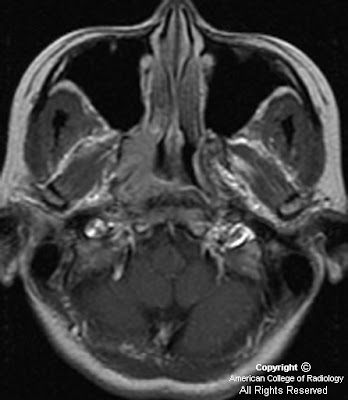 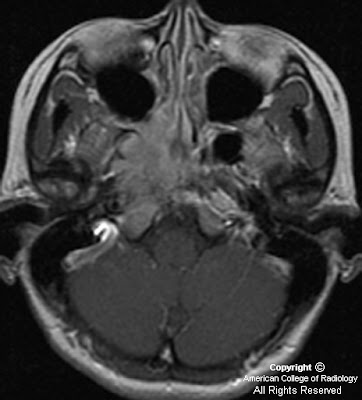 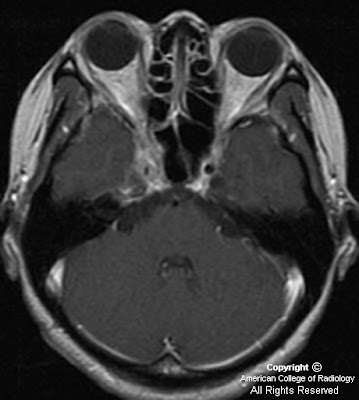 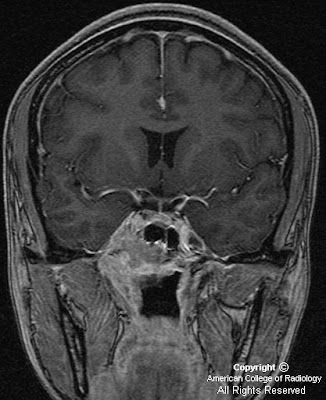 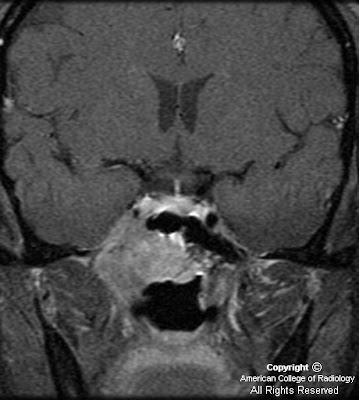 
Most nasopharyngeal malignancies in adults are carcinomas, usually of the squamous cell variety (80%). Squamous cell carcinomas (SCC) of the nasopharynx are relatively rare in the United States and much more common in Asia, being endemic in Southern China. A strong correlation between Epstein-Barr virus and nasopharyngeal cancer is well documented. Genetic predisposition and association with consumption of salted fish and preserved foods is also suspected.

Nasopharyngeal squamous cell cancer usually presents before age 50 and is more common in males (M:F=2.5:1). It usually presents late because of its infiltrative pattern. The most common presentation is an asymptomatic neck mass due to metastatic adenopathy. Serous otitis media may result from eustachian tube dysfunction resulting in otalgia and unilateral conductive hearing loss. Nasal obstruction and epistaxis are other common symptoms. Perineural spread and intracranial extension can cause headaches and cranial nerve deficits.

Nasopharyngeal cancers usually present as a poorly marginated nasopharyngeal mucosal space mass with deep extension and invasion. They tend to grow along the path of least resistance: along submucosal and soft tissue planes, along neurovascular bundles and intracranially through neural foramina at the skull base. Nodal metastases are present in 90% of cases at presentation. Distant metastases to the bones, lung or liver are seen in less than 10% of cases.

Biopsy is the way to establish the diagnosis since imaging cannot distinguish among nasopharyngeal malignancies. Imaging plays a crucial role for mapping out the spread of tumor and planning radiation therapy/ surgical resection. Enhanced MR imaging is the best tool for evaluating intracranial extension via direct, perineural or perivascular routes. Thin section CT helps to evaluate bone invasion. CECT is preferred for evaluation of cervical metastatic nodes, except retropharyngeal adenopathy which is better seen on MRI. These tumors are strongly FDG avid.

XRT is the mainstay of treatment with combined XRT and chemotherapy used for advanced disease.
Pubblicato da David Spizzichino a 16:00