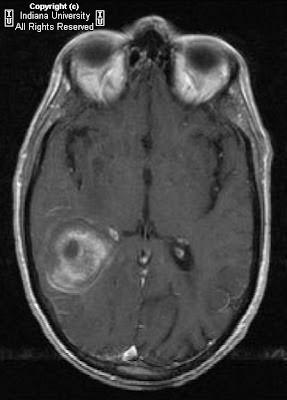 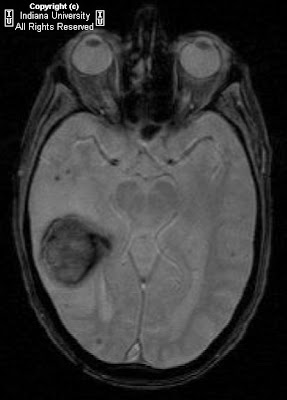 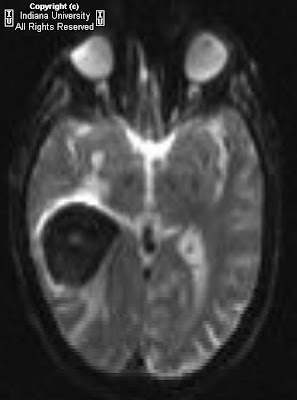 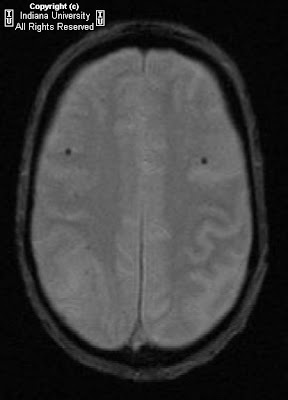 Heterogeneous right temporal lobe mass with a thin rim of peripheral enhancement and moderate surrounding parenchymal edema. There is associated susceptibility on gradient images, however no diffusion restriction. There is effacement of the posterior horn and trigone of the right lateral ventricle, as well as adjacent sulcal effacement. There are also multiple punctate/small foci of susceptibility distributed throughout the cerebral and cerebellar hemispheres centered at the corticomedullary junction. Also noted (but not shown) were foci of T2 prolongation scattered throughout the centrum semiovale, corona radiata, and subcortical white matter, consistent with microvascular disease.