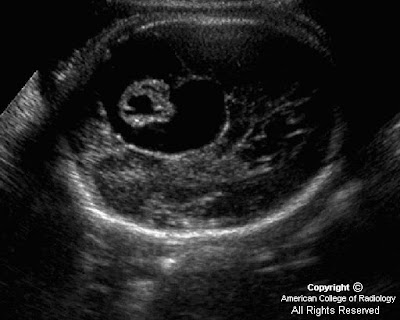 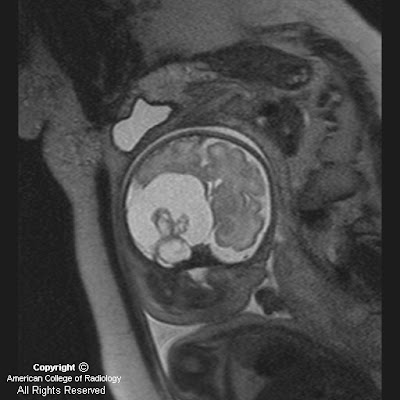 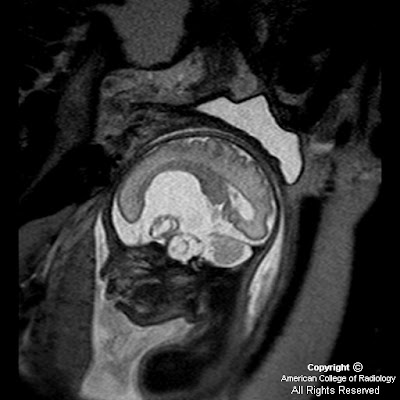 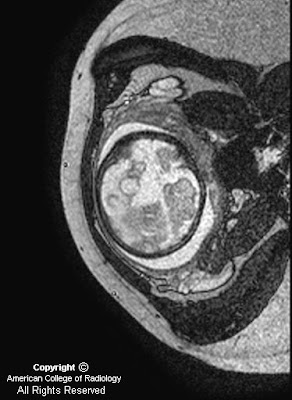 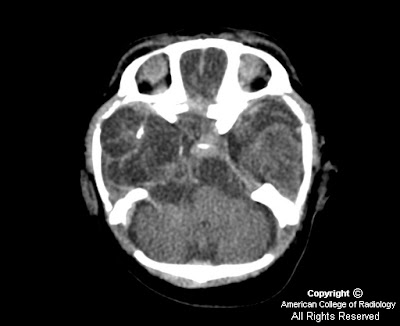 
Congenital brain tumors represent only 0.5-1.9% of all pediatric brain tumors, but of these, intracranial teratomas are the most common tumor in the neonatal period. They are congenital neoplasms derived from all three embryonic layers and contain ectodermal, endodermal, and mesodermal elements and are thought to arise from embryonic cells that fail to differentiate or migrate. They originate in the 3rd to 4th weeks of fetal development, have mixed density, and are most commonly found in the pineal and suprasellar regions.

Extragonadal teratomas are thought to arise from misplaced, pluripotential, primordial germ cells. According to one theory, some of the embryonic germ cells fail to migrate normally and these ectopic germ cells become embedded in or near midline structures. The ectopic cells retain their pluripotent capabilities and may develop into teratomas or other types of germ cell neoplasms.

Of the intracranial prenatal neoplasms, teratomas and primitive neuroectodermal tumors (PNETs) are the most common. If a heterogeneous prenatal cystic mass is identified, a congenital cystic teratoma should be at the top of the differential diagnosis. Imaging features of teratomas show both lipid and calcification. Characteristics that help to differentiate teratomas from PNETs are the presence of lipid and the lack of blood breakdown products, which are often seen in PNETs.

When ultrasound demonstrates a brain lesion, prenatal MRI can be used to define the characteristics and extent of the tumor while also delineating the relationship of the lesion with adjacent structures. MRI is not only useful for correct diagnosis, but it also may obviate the need for immediate postnatal imaging of the newborn and findings can determine potential resectability and guide surgical planning. In this case, the prenatal MR imaging was used in prenatal diagnosis and aided in pregnancy and surgical management. While it has been shown that a fetus with an arachnoid cyst can safely undergo normal spontaneous vaginal delivery, the diagnosis of teratoma in this patient altered both the method and timing of delivery in this patient.
Pubblicato da David Spizzichino a 16:00