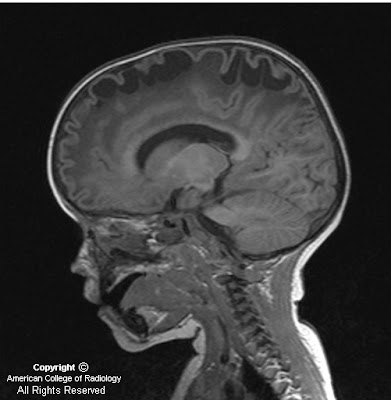 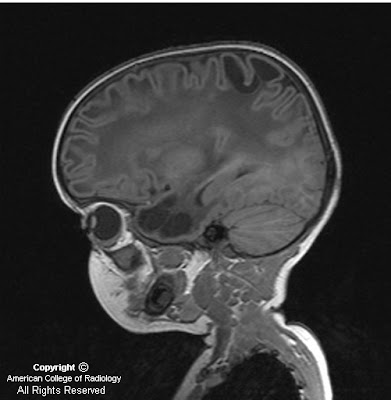 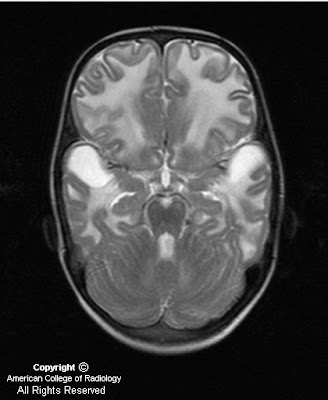 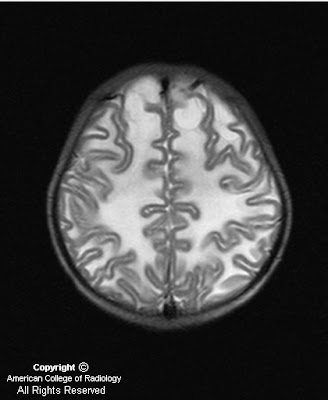 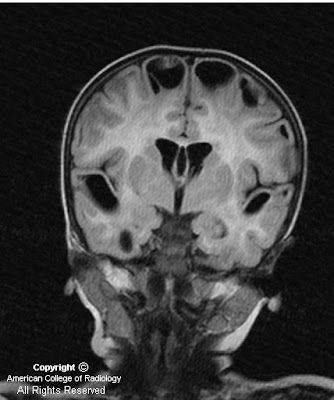 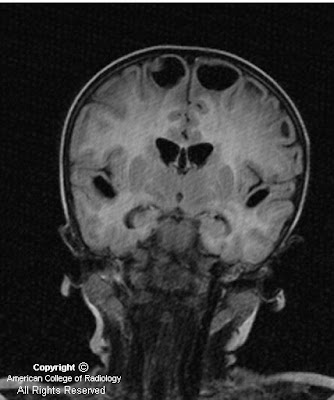 In MLC the cerebral hemispheric white matter is diffusely abnormal and swollen. There are almost invariably subcortical cysts in the anterior temporal region, often also in the frontal and parietal subcortical regions The cysts are bilateral. The cysts tend to become larger with age and may increase in number. In some patients they become very large, The signal intensity of the contents of the cysts is always similar to that of CSF. Cortical gray matter structures,corpus callosum and basal nuclei are always normal. A patent and enlarged cavum septi pellucidum and cavum vergae are often present.

Similar white matter changes with swelling have been reported in Canavan disease, Alexander disease, L-2-hydroxyglutaric aciduria, and merosin-deficient congenital muscular dystrophy. However, in Canavan disease, as a rule, MRI demonstrates additional involvement of the thalamus and globus pallidus, not found in MLC patients. Special MRI findings in Alexander disease are a more prominent sparing of parieto-occipital white matter and often also sparing of the U fibers throughout. Basal ganglia and brain stem structures are typically involved. Cavitation starts in the deep frontal white matter. None of these features is present in MLC. In L-2-hydroxyglutaric aciduria MRI shows additional involvement of caudate nuclei, putamen, dentate nuclei, and severe atrophy of the cerebellar vermis, not observed in MLC. The MRI abnormalities observed in merosin-deficient congenital muscular dystrophy are very similar to those observed in MLC.
Pubblicato da David Spizzichino a 16:00