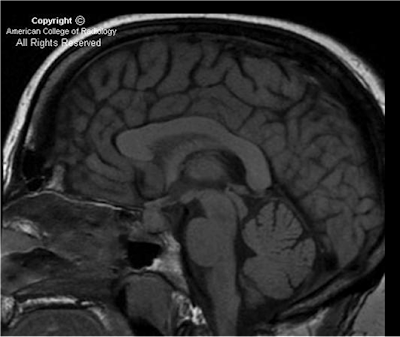 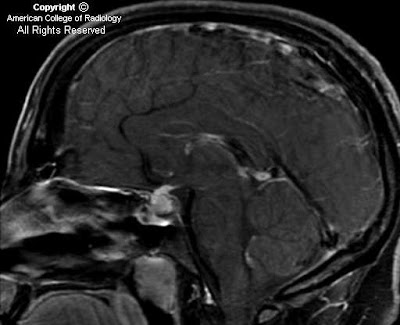 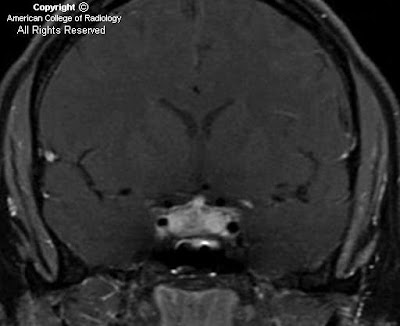 
Lymphocytic hypophysitis is an inflammatory lesion of the pituitary gland characterized by lymphocytic infiltration. The disease was first recognized in 1962 by Goudie and Pinkerton. The disease is rare, with a striking female predominance (approximately 9:1). As of 1997, only six cases had been diagnosed in men; however, definitive diagnosis requires pathologic correlation either through surgery or autopsy. There is a predilection for the disease during pregnancy and the postpartum period.

Radiologically, the disease is characterized by homogeneously enhancing pituitary mass with infundibular thickening. This is often difficult to distinguish from an atypically enhancing macroadenoma; however, the finding of dural enhancement or extrapituitary involvement within the subarachnoid space can favor the diagnosis of lymphocytic hypophysitis.

Clinically patients present with either partial/total hypopituitarism or symptoms related to mass effect. Treatment consists of corticosteroids with replacement of any deficient hormones.
Pubblicato da David Spizzichino a 16:00