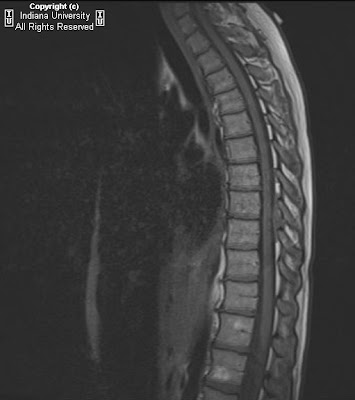 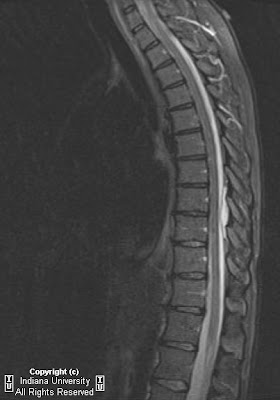 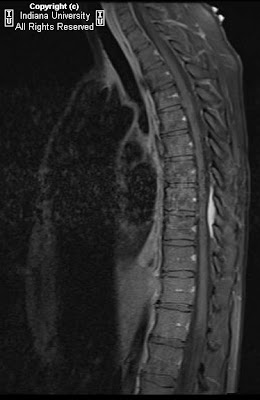 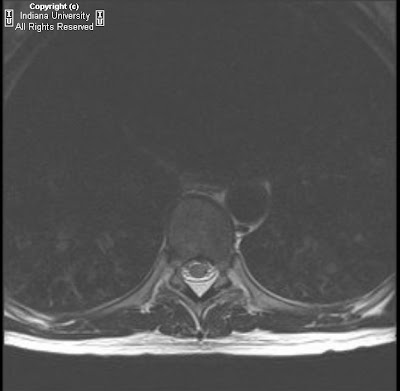 Lymphatic malformation, benign hamartomatous, proliferation of lymph vessels.
Incidence estimated to be around 1 per 10 000 live births.
Fluid filled sacs that result from blockage of the lymphatic system.
Often associated with karyotype abnormalities such as Turner syndrome.
Usually divided into 2 major groups based on depth and size.
Superficial vesicles are called lymphangioma circumscriptum.
More deep-seated group includes cavernous lymphangioma and cystic hygroma, with many categorizing cystic hygroma as a variant of cavernous lymphangioma.
Most common sites are the head and the neck (75%), followed by the proximal extremities, the buttocks, and the trunk. However, they can be found anywhere, including the intestines, the pancreas, the mesentery, and the spine.
Typically seen in infants, (90%) are either evident at birth or become evident before age 2 years.
Rare in adults, the etiology in the adult population may be traumatic rather than congenital.

MR Findings:
- MRI can define the degree of involvement and the entire anatomy of the lesion.
- MRI can help prevent unnecessary extensive, incomplete surgical resection, because of the association with a high recurrence rate.

CT Findings:
- Low density, often poorly-circumscribed cystic mass, fluid-fluid levels may be seen in multi-loculated lesions.
- No significant enhancement in cystic uni- or multilocular neck mass.
- Wall is imperceptible & does not enhance if no infection.
- US can diagnose lymphangiomas, but MR or CT are usually necessary to map their entire extent.