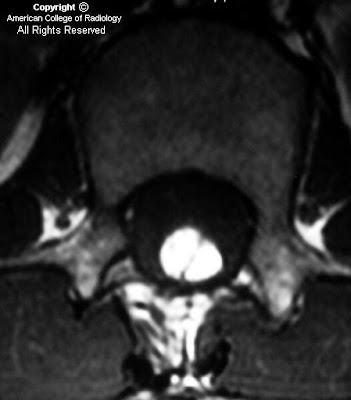 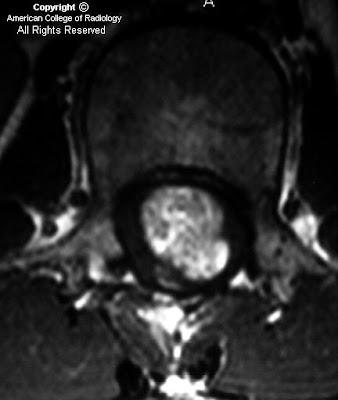 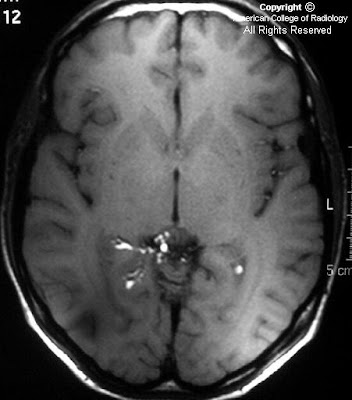 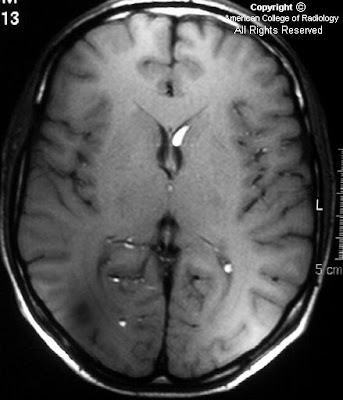 
A spinal dermoid is a rare, benign, slow-growing, dysontogenetic tumor arising from the inclusion of ectopic embryonic rests of the ectoderm and mesoderm within the spinal canal at the time of neural tube closure between the 3rd and the 5th week of fetal life. Several causes including spontaneous, iatrogenic or traumatic rupture have been reported to result in dissemination of lipid material from the dermoid tumours into the subarachnoid space or ventricles. Intra-spinal dermoids account for approximately 1–2% of intra-spinal tumors and tend to extend to the subarchnoid space, however there is no communication between the cyst and the subarchnoid space. They occur predominantly in the lumbosacral region and rarely in the cervicothoracic region. They show a slight male predominance, and most reveal themselves during the second and third decades.

Pathologically, spinal dermoids have a thick wall covered with stratified squamous epithelium containing dermal appendages such as hair, sebaceous glands and sweat glands and less commonly, teeth and nails. Dermoid tumours commonly have areas of calcification. Their rupture and spread is a rare event, which may be asymptomatic or may present acutely as chemical meningitis. The exact incidence of rupture of spinal dermoids is not known. Cholesterol, which is the most irritating element of the dermoid excites an inflammatory/ granulomatous meningeal reaction.

Spinal dermoids appear as variegated, space-occupying lesions showing a heterogeneous signal on T2-weighted MRI due to the different components within the cyst. These have high protein-containing fluid and thereby appear brighter than CSF on T1-weighted images. The high lipid content also gives a characteristic hyperintense signal on T1-weighted spin-echo images.

In conclusion, radiologists need to be aware that whenever a diagnosis of intra-spinal dermoid is suggested, it is essential to screen the entire neural axis to look for possible rupture and CSF spread. MRI is the imaging modality of choice.
Pubblicato da David Spizzichino a 16:00