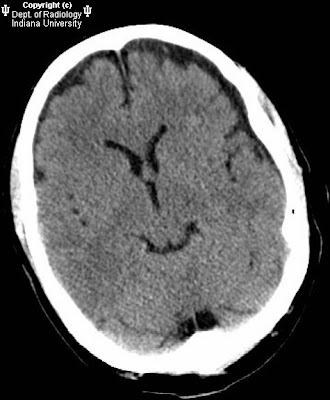 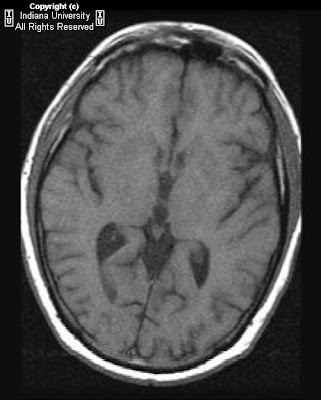 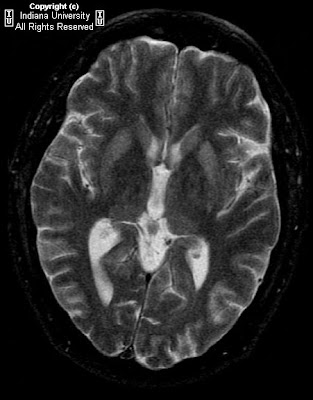 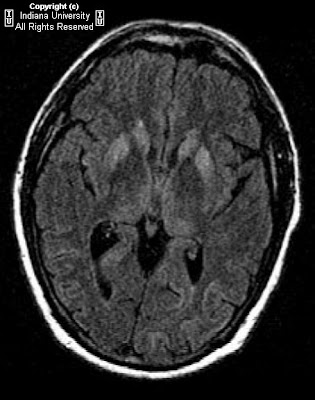 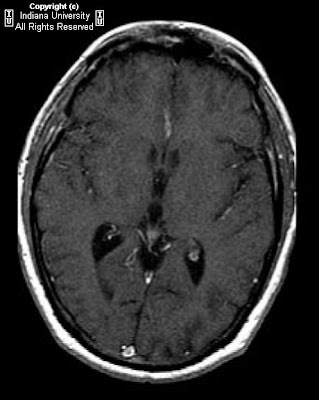 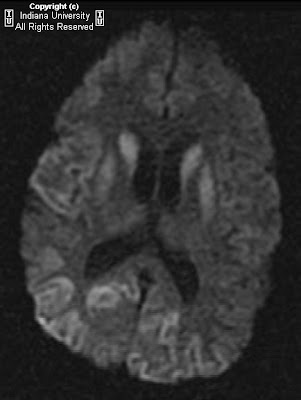 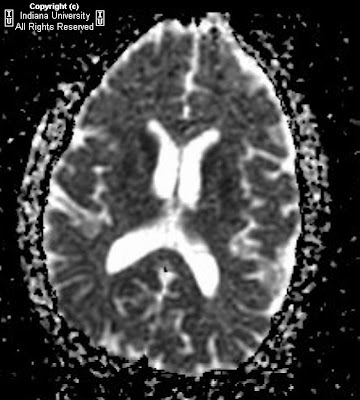 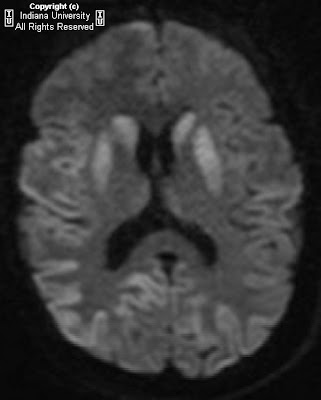 CJD is one of the neurodegenerative disorders called prion diseases (also known as spongiform encephalopathies), which are uniformly fatal.
90% of cases are sporadic; the other 10% are familial.
CJD is characterized clinically by rapid and progressive dementia, other neurologic abnormalities, and ultimately death.
There is no cure.
WHO criteria for diagnosis requires tissue for definite cases or typical clinical, lab or EEG findings for probable or possible cases; imaging findings are not included.
Typical MR findings of sporadic CJD include increased signal in grey matter on T2-weighted, FLAIR, proton density, and diffusion-weighted (DW) images.
It is more often bilateral.
The caudate nuclei and putamina are usually more affected than the thalami and cerebral cortex.
Diffusion-weighted images are the most sensitive sequence for early, typical signal changes, followed by FLAIR sequences.
Eventually, brain atrophy is a characteristic feature of CJD.
Persistent restricted diffusion, over weeks or months, in typical areas of the brain is virtually diagnostic of CJD.
Acute diffusion restriction in the basal ganglia is seen with carbon monoxide poisoning, but it does not persist and preferentially involves the globus pallidus.
Pubblicato da David Spizzichino a 16:00