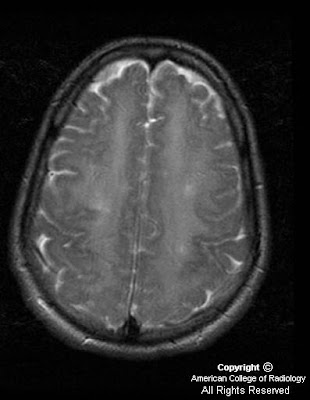 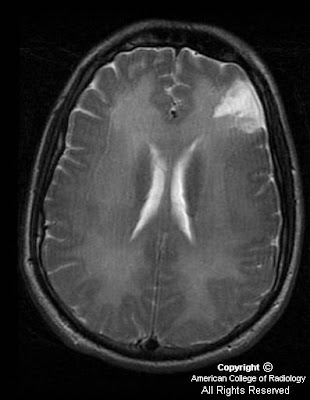 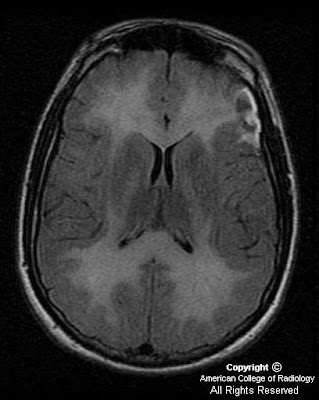 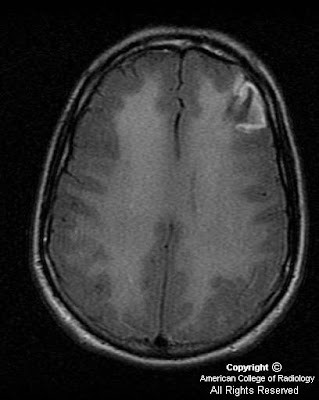 
“Chasing the dragon” also known as “chinesing” or “Chinese blowing” is a practice which involves inhaling the vapor of liquefied heroin. A small amount of white powder is placed on a piece of foil which is then heated from below. A stream of vapor, which looks like a dragon’s tail, arises from the molten heroin (the “dragon”) and the drug user “chases” it with a pipe or straw. This practice has gained popularity because one forgoes the risks associated with IV drug use while still benefiting from a rapid rate of absorption and onset of effect of the drug.

Heroin induced spongiform leukoencephalopathy is a progressive disease that was first described in the Netherlands in 1982. The heroin used is often impure with many additives and there is speculation that one of these additives becomes activated when heated and is the cause of the leukoencephalopathy. Since the first reported cases, many substances in the pyrolysate have been studied as potentially leading to the leukoencephalopathy but none has been positively identified. The damage is irreversible and there is no cure for this disease. Treatment is supportive care although there is a questionable benefit to using coenzyme Q and vitamin supplements.

Heroin induced leukoencephalopathy is diagnosis often made clinically and should be suspected in patients with a history of "chasing the dragon". The natural course is variable and not well defined. There may be a latent period with a subclinical evolution of white matter degeneration. Additionally, it appears that patients with higher levels of exposures have more severe disease. Patients often present in one of three clinical stages. The first stage consists of cerebellar signs (such as ataxia), apathy and motor restlessness. The second stage is comprised of tremors or myoclonus, chorea and athetosis, and pyramidal tract signs. The third stage consists of hypotonic paresis, stretching spasms, central pyrexia, akintetic mutism, and death. Progression of the disease continues even after cessation of the toxin for up to 6 months.

On pathology, there is symmetric spongiform degeneration, specifically in the cerebral and cerebellar white matter as well as the corticospinal and solitary tracts. The MR images illustrate this distribution, showing symmetric high signal on both T2-weighted and FLAIR sequences in the white matter of the cerebellum and occipital, parietal, and temporal lobes with relative frontal sparing. Specifically, there is involvement of the cerebellum and the posterior limb of the internal capsule, with sparing of the anterior limb and subcortical white matter. FLAIR images can demonstrate regions of subtle white matter abnormality more reliably and are better at excluding gray matter involvement than the T2 weighted images. There can also be additional signal abnormality in the splenium of the corpus callosum, the corticospinal tracts, and the lemniscal pathway in the brainstem. The spinothalamic tracts are spared which help to distinguish heroin induced leukoencephalopathy from other potential causes of encephalopathy. MRS in patients with heroin leukoencephalopathy has shown abnormally elevated intracerebral lactate in the affected white matter as well as decreased levels of N-acetyl aspartate in the white matter, gray matter, and cerebellum.
Pubblicato da David Spizzichino a 16:00