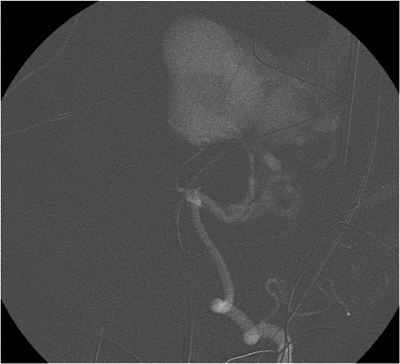 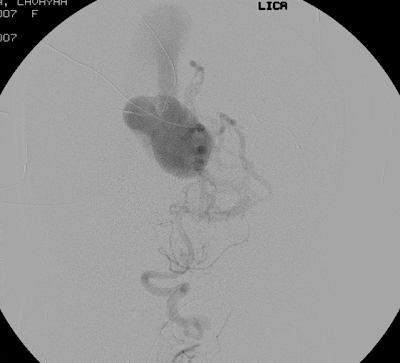 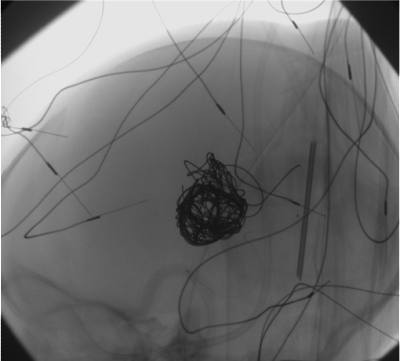 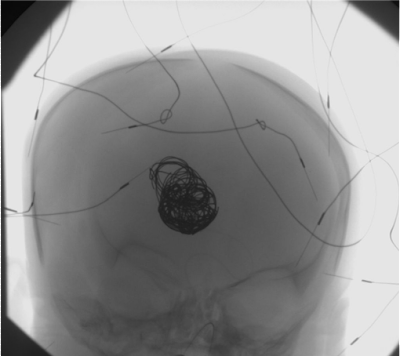 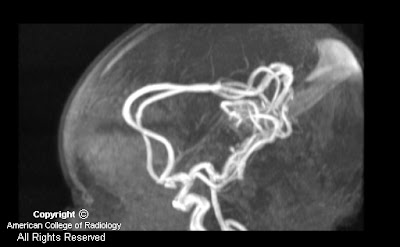 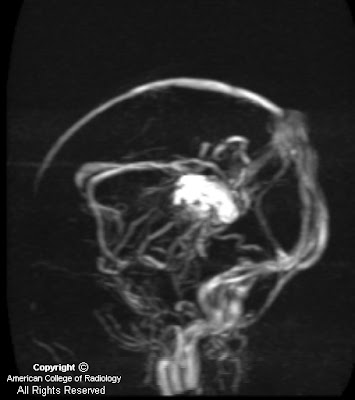 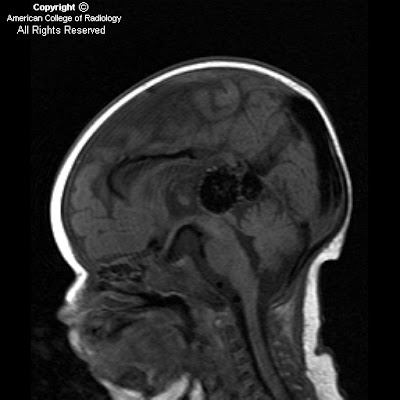 The neonatal form of this malformation arises during weeks 6-11 of fetal development when an arteriovenous connection between primitive choroidal vessels and the median prosencephalic vein of Markowski (a temporary drain for the choroids plexus) occurs. The abnormal flow through this connection slows the regression of this embryonic vein, therefore preventing the formation of the vein of Galen. The persistant median vein usually drains into the sagittal sinus via a persistent falcine vein and the straight sinus fails to form.

Children and adults usually present with headaches, seizures, hemorrhage or focal neurologic symptoms. Neonates most commonly present with high output heart failure and seizures, and may have a striking cranial bruit. Mass effect, hydrocephalus, parenchymal loss, intracranial venous stenosis, and steal phenomena leading to ischemia are all sequelae of untreated VOGMs, all increasing morbidity and mortality despite early treatment.

MRA/MRV is as an invaluable imaging tool, helping both to preliminarily map for endovascular procedures and to subsequently monitor for successful therapy. After stabilizing the neonate with medical therapy, endovascular treatment is employed, with embolization options including coils and acrylics. A venous approach is more common due to complications with femoral artery catheterization in neonates; however, an arterial approach appears to be more successful. Multiple endovascular embolizations are often needed. Heart failure responds favorably to embolization. Refractory hydrocephalus may require shunt placement. Endovascular embolization has shown to decrease morbidity and mortality when compared to surgical repair in patients without evidence of cerebral parenchymal damage or multisystem failure.
Pubblicato da David Spizzichino a 16:00