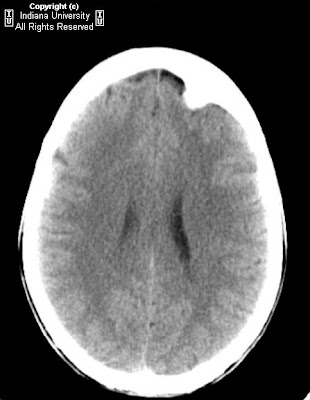 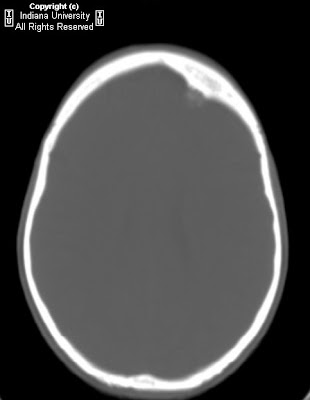 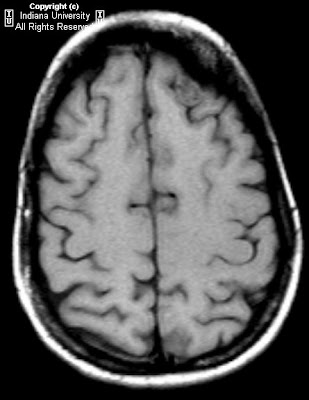 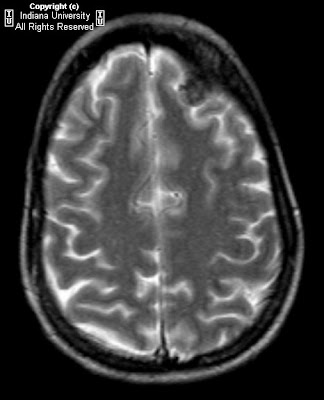 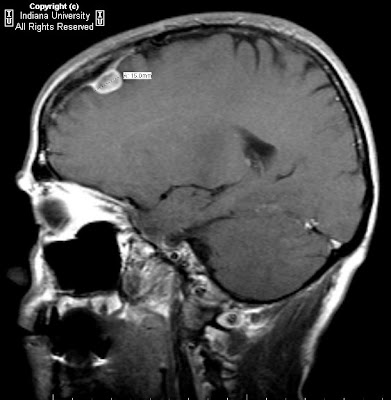 Nearly all meningiomas are benign, but that does not mean that they do not harm the patient. The tumors arise from arachnoid cap cells, which are cells of the meninges. Most meningiomas (90%) are categorized as benign tumors, with the remaining 10% being atypical or malignant. Meningiomas produce symptoms in many ways. They may irritate the underlying cortex, compress the brain or the cranial nerves, producing hyperostosis, invade the overlying soft tissues, or induce vascular injuries to the brain. The symptoms include seizures, headaches, and focal neurological defects, such as arm or leg weakness, or vision loss. Meningiomas may produce increased symptoms during pregnancy, but they often subside after the birth of the child.

Meningiomas are more common in females and more common in Africa. In the US they are responsible for about 20% of all primary intracranial neoplasms. The neoplasms are most often detected in middle age. Earlier detected meningiomas are often malignant. They are often associated with neurofibromatosis. Exposure to radiation has been found to be associated with a higher incidence of meningiomas. Meningiomas may occur intracranially or within the spinal canal.

Treatment options include surgery, radiation therapy, a combination of the two, or observation with periodic scans and examinations are then evaluated.

Plain skull x-ray may reveal hyperostosis and increased vascular markings of the skull as well as intracranial calcifications.
On plain head CT scan, meningiomas are usually dural based, isodense to slightly hyperdense tumors. Homogenous and intense enhancement pattern. Perilesional edema may be present. Hyperostosis and calcification can be seen. They can have mass affect.
On MRI, the T1- and T2-weighted signals are variable. Giving contrast is key. Meningiomas enhance intensely and homogeneously after injection of gadolinium gadopentetate. Perilesional edema may be present. Enhancing dural tail is very helpful.

Endovascular angiography allows the surgeon to determine preoperatively the vascularization of the tumor and its encroachment on vital vascular structures. Angiography can be used to embolize feeding vessels prior to surgery. Blood supply is sunburst in appearance and is from external circulation.
Pubblicato da David Spizzichino a 16:00