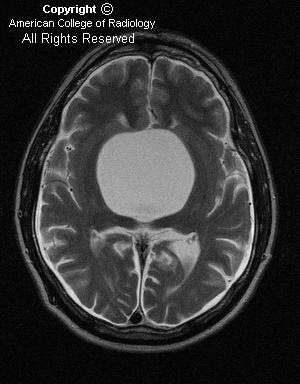 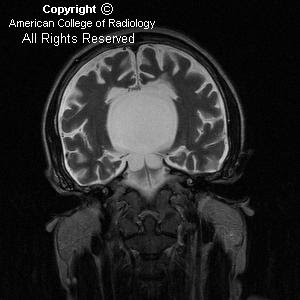 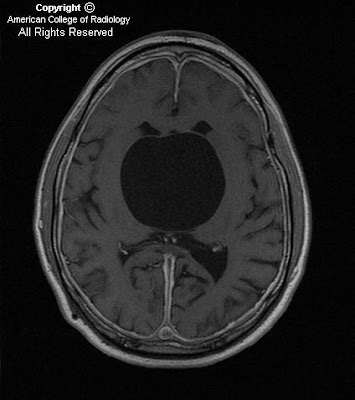 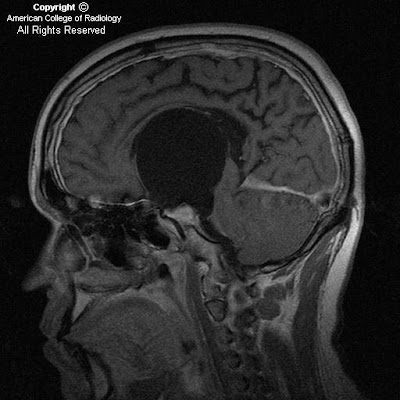 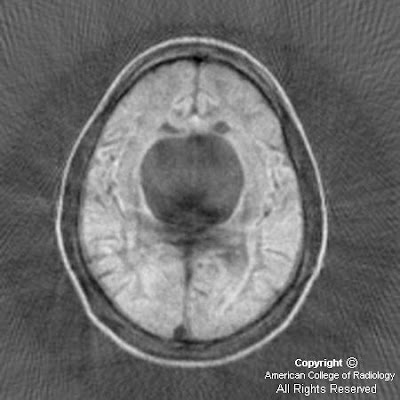 Figure 1 and Figure 2: Axial and coronal T2 show a large cystic lesion, located within the third ventricle. There is mass effect on the surrounding normal brain structures.
Figure 3 and Figure 4: Postcontrast axial and sagittal T1 show no postcontrast enhancement of the lesion.
Figure 5: The lesion is dark (negative) on the DWI sequence.


Arachnoid cysts form when the two layers of the arachnoid membrane split and a potential cavity is formed. The cavity fills with cerebrospinal fluid by an unknown mechanism, thought to be CSF pulsations. They can continue to grow as CSF flows in and is trapped. Arachnoid cysts rarely hemorrhage in trauma cases.

Arachnoid cysts typically cause symptoms secondary to mass effect on surrounding structures. Alternatively, they may remain asymptomatic and be discovered only as an incidental finding. Obstructive hydrocephalus, with increased intracranial pressure resulting in headaches, seizures, and developmental delay, is a common presenting feature.

Imaging findings typically feature a cystic structure with signal characteristics of CSF and dark signal on diffusion-weighted imaging; rarely, some evidence of hemorrhage may be present, especially in the setting of trauma. No solid component is present, and there is no postcontrast enhancement. There may be associated calvarial inner table scalloping, and there is typically mass effect on surrounding normal structures. Features that distinguish this entity from a subdural hygroma are convex borders, bony remodeling, and lack of substantial hemorrhage. Both entities typically cause sulcal effacement and mass effect. In cases of underlying atrophy/encephalomalacia, there would be no bone remodeling (exception is a porencephalic cyst), no surrounding normal brain architecture, and sulcal enlargement rather than effacement; cerebral veins would be seen coursing through the CSF, rather than being displaced (as with a subdural hygroma or arachnoid cyst). The lack of positive signal on the diffusion-weighted images and absence of a solid component, especially of fat signal, distinguishes an arachnoid cyst from an epidermoid, which would typically be bright on DWI.
Pubblicato da David Spizzichino a 16:00