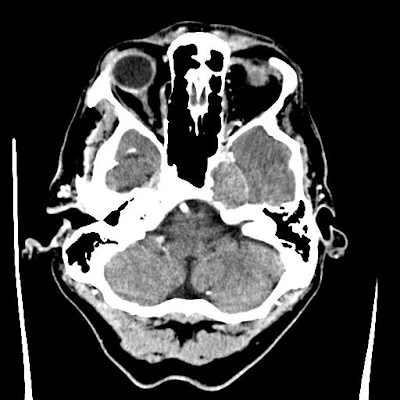 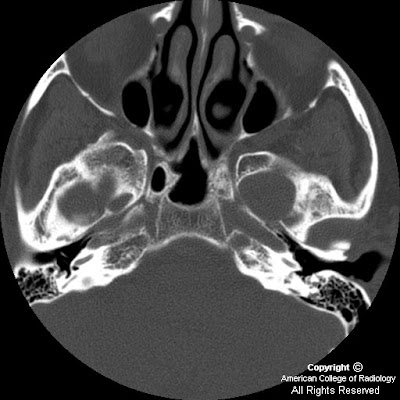 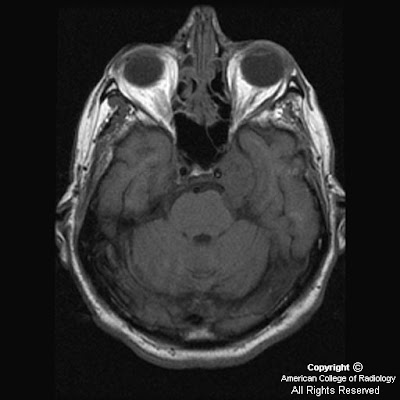 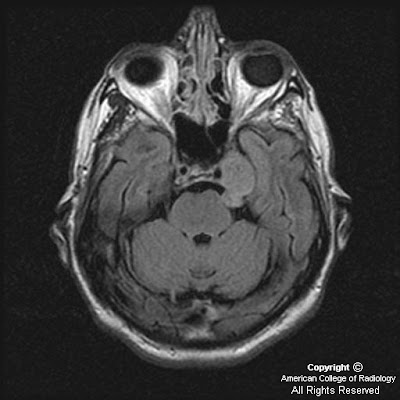 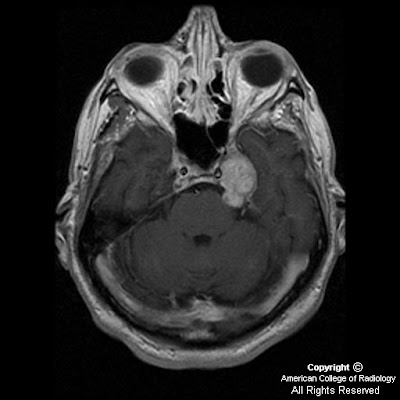 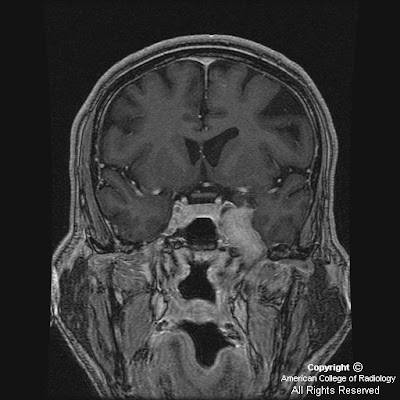 
Schwannomas account for 6% to 8% of intracranial neoplasms. Vestibular schwannomas are the most common cranial nerve schwannomas, followed by trigeminal and facial schwannomas.

The trigeminal nerve (CN V) exits the brainstem at the level of the mid pons, and its three divisions—the ophthalmic (CN V1), maxillary (CN V2), and mandibular (CN V3) branches—together proceed anteriorly toward the trigeminal ganglion in the Meckel’s cave. From here, the mandibular division exits inferiorly via the foramen ovale. The maxillary and ophthalmic divisions continue anteriorly along the lateral aspect of the cavernous sinus. Eventually, the ophthalmic division enters the orbit via the superior orbital fissure, while the maxillary division exits the cranial vault through the foramen rotundum.

Trigeminal schwannomas are encapsulated tumors of Schwann cells displace rather than infiltrate fascicles of CN V3.

Trigeminal schwannomas may arise along any segment of CN V, but the majority develop at the level of trigeminal ganglion. They may then extend posteriorly into the posterior fossa, or anteriorly through the skull base foramina, and often have a “dumbbell” configuration.

On nonenhanced CT scans, most schwannomas are isodense relative to brain parenchyma. Calcification or areas of hemorrhage are rare. On contrast-enhanced CT scans, the enhancement pattern is typically homogeneous. Foramen ovale is most commonly enlarged by CN V3 schwannoma.

Surgical resection is the treatment of choice.

Trigeminal schwannoma may be associated with Neurofibromatosis type 2, especially if it occurs in younger patients.
Pubblicato da David Spizzichino a 16:00