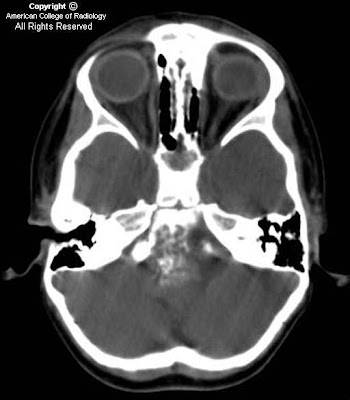 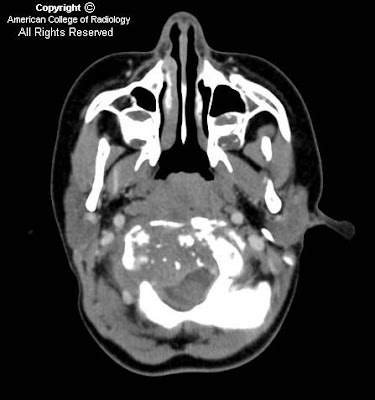 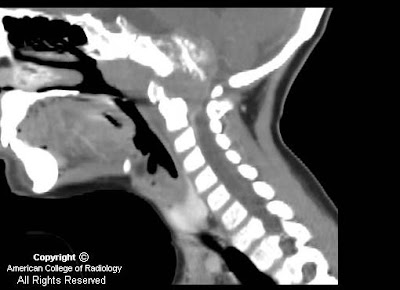 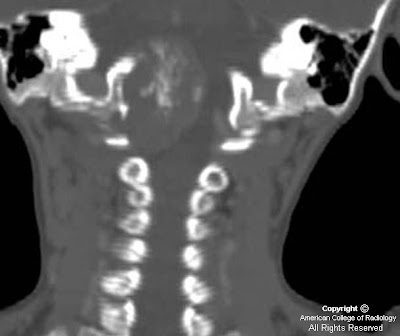 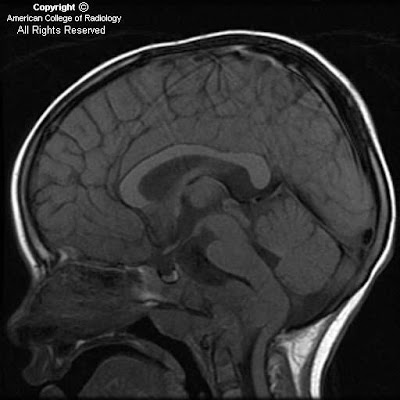 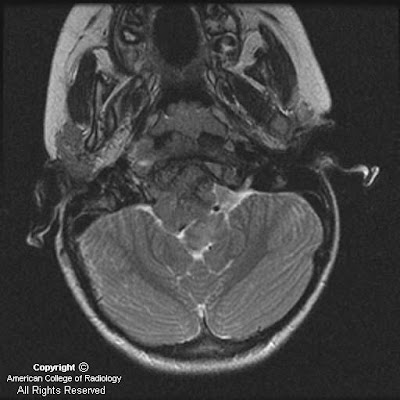 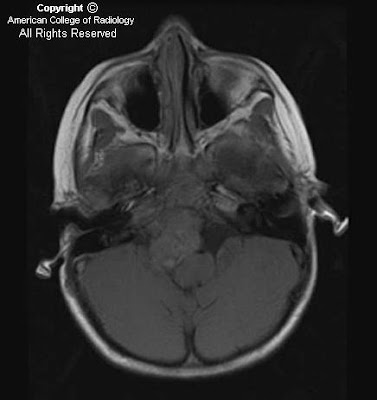 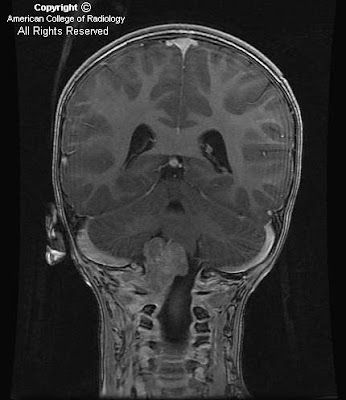 CT (Figure 1 and Figure 2) shows an expansile, destructive mass originating from the clivus. There is destruction of the anterior arch of C1-vertebra, and the mass extends through the foramen magnum (Figure 3 and Figure 4). Mass effect with compression is seen on the pons and cerebellum. High-attenuation foci are noted within the tumor mass. The bulk of the tumor is hyperdense relative to the adjacent neural axis.
The lesion is iso- to hypo-intense on T1-weighted image (Figure 5) and iso-intense on T2-weighted image (Figure 6). Moderate heterogeneous enhancement is seen within the lesion (Figure 7 and Figure 8). The pituitary gland is normally visualized.


Chordomas are rare, slow-growing malignant neoplasms that originate from embryonic remnants of the primitive notochord. After birth, the only remaining normal notochordal elements are the nuclei pulposi. However, notochordal remnants may remain along the neural axis.

The peak incidence of chordomas is in the fifth to sixth decade. These are rare in children and usually arise in the spheno-occipital region.

Metastatic spread of chordomas is observed in 7%-14% of patients with lymph node, pulmonary, bone, cerebral, or abdominal visceral involvement, predominantly from massive tumors.

Complete surgical resection is the treatment of choice and often combined with radiation therapy. Local recurrence is common, despite combined therapy.
Pubblicato da David Spizzichino a 16:00