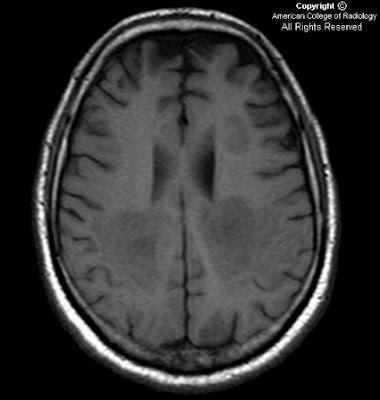 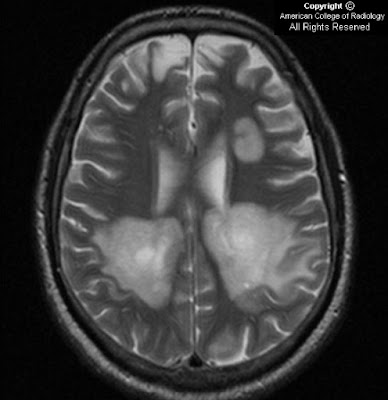 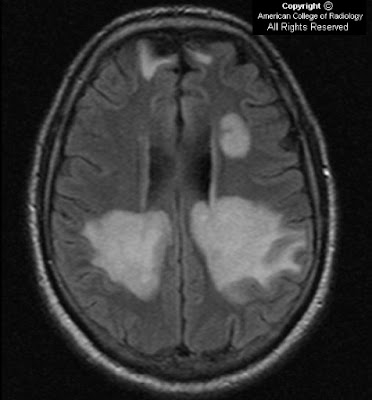 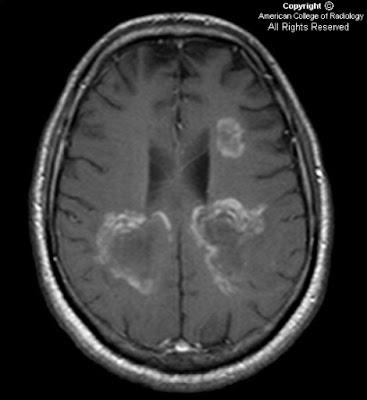 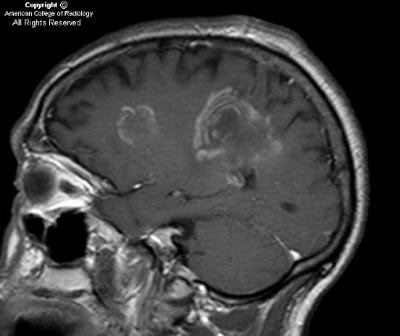 
Balo’s concentric Sclerosis (BCS) is a rare demyelinating disorder considered to be a variant of multiple sclerosis (MS).Histologically it is characterized by alternating rings of myelin preservation or remyelination and demyelination involving the cerebral hemispheres, brain stem, spinal cord, and optic chiasm. The clinical course of BCS is considered variable with the current treatment modalities.

It has been noted that with treatment and over a period of time, the contrast enhancement decreases and so does the size of the lesions. The characteristic concentric pattern may not be observed if the MR imaging is not performed early in the disease. Our patient is still in the hospital being treated with high dose steroids.

Differential for the imaging findings would include Marburg variety of multiple sclerosis, ADEM (Acute disseminated encephalomyelitis) and lymphoma. ADEM also has multiple lesions which enhance after gadolinium administration. The age of the patient does not favor that and the patient did not have history of any viral illness. Lymphoma should have more mass effect and more enhancement. The patient did not have any history of immunosuppresion.
Pubblicato da David Spizzichino a 16:00