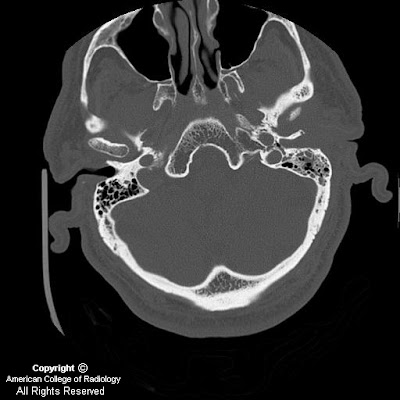 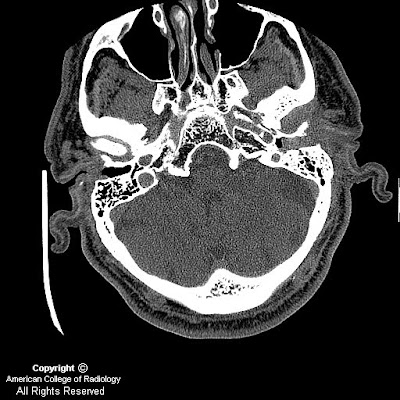 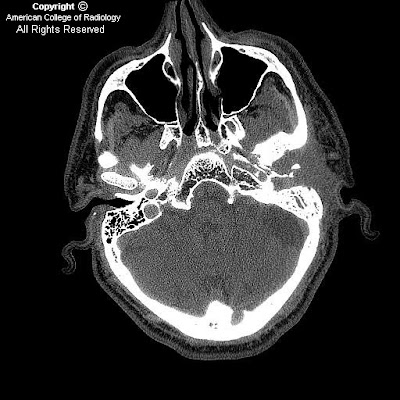 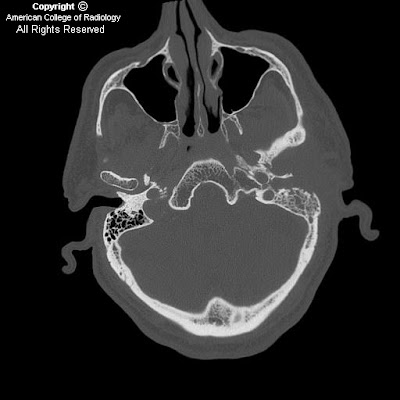 When diagnosing MOE, imaging is mandatory. CT is the exam of choice, demonstrating osteolysis in association with mastoid opacification and marked soft tissue inflammation centering on the external auditory canal. CT is relatively insensitive for early disease; osteolysis is not seen until at least 30% of the bone has been destroyed. Nuclear scans are generally sensitive but not specific, and may play an adjunctive role. Due to the lack of marrow in the affected bones, MR is of limited use, but may be complimentary to demonstrate soft tissue involvement.

Imaging can only suggest the diagnosis of MOE, and biopsy is necessary for confirmation.

The anatomy of the temporal bone means that the disease may disrupt the TMJ or the middle ear. Involvement of the facial nerve may occur. Intracranial spread is more ominous still, leading to venous sinus thrombosis, meningitis and abscess formation.

The historical mortality for MOE was 77%; however with current treatment the mortality is closer to 10%. Systemic antibiotics are the mainstay of therapy however surgical debridement may be necessary.
Pubblicato da David Spizzichino a 16:00