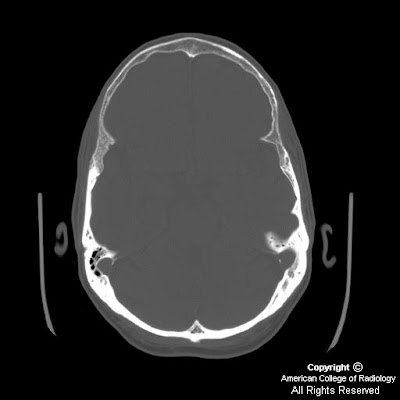 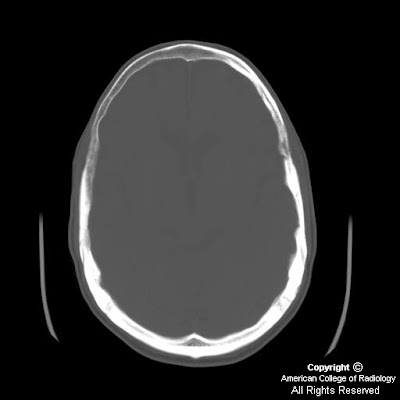 
Paget disease was first described by Sir James Paget in 1877 as osteitis deformans which later came to be known as Paget disease. It is the second most common bone disorder in the elderly population behind osteoporosis. The disease process has three phases, beginning with the lytic phase where exaggerated bone resorption occurs by atypical osteoclasts. This results in the second phase, or mixed phase, where morphologically normal osteoblasts move in and cause rapid increases in bone formation. The newly formed bone is disorganized, larger, weaker and more vascular. The final phase, or sclerotic phase, is when osteoblastic activity predominates with formation of thickened and enlarged sclerotic bone.

Osteoporosis circumscripta indicates involvement of the calvarium during the lytic phase of Paget disease and is characterized by asymmetric and confluent foci of calvarial lysis. The involved bone is usually thinner than the normal bone which helps to differentiate from other lesions which tend to expand the calvarium or destroy cortex.

Paget disease affects the axial skeleton, long bones and skull predominantly. The hands and feet are almost never involved. It is most commonly found in caucasian populations, mainly in the northeast and in Europe. The majority of patients are asymptomatic with the disease detected by an incidentally elevated alkaline phosphatase level or characteristic bone changes. The etiology is unknown with various hypotheses including a familial cause linked to chromosomes 6 or 18q. Infectious causes have also been theorized as biopsies from these patients demonstrate paramyxovirus antigens within osteoclasts.
Pubblicato da David Spizzichino a 16:00