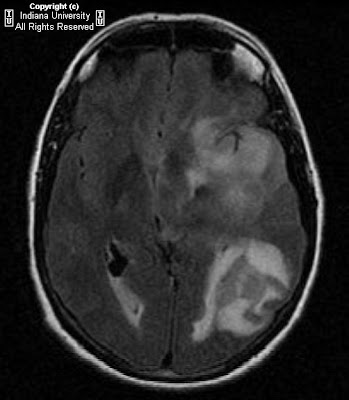 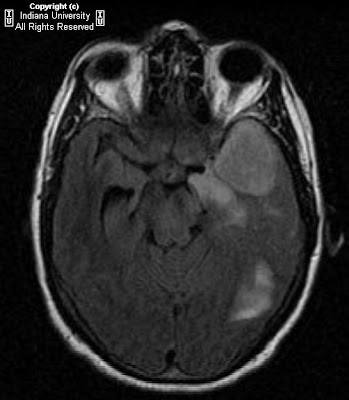 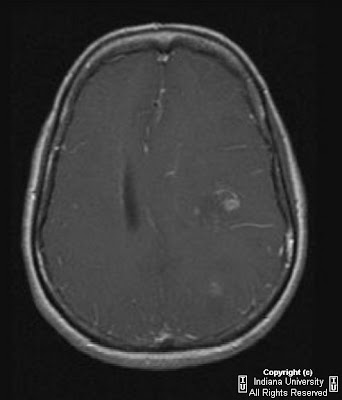 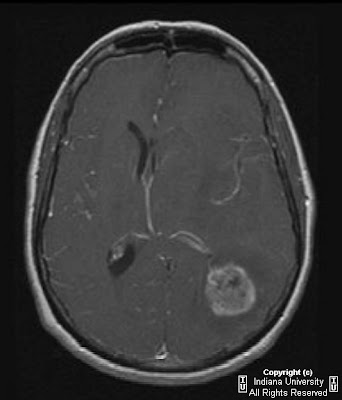 Multiple enhancing masses with surrounding vasogenic edema and mass effect in the left cerebral hemisphere. There is associated sulcal effacement, gyral expansion/thickening, and mass effect with approximately 9-mm midline shift toward the right.


Glioblastoma multiforme (GBM) is unfortunately both the most common and the most malignant of the glial tumors.
Of approximately 17,000 primary brain tumors diagnosed in the U.S. every year, 60% are glial tumors. Males have a slight predominance: 1.5 to 1.

GBMs often arise in the subcortical white matter of the cerebral hemispheres. 31% arise in the temporal lobes. 24% arise in the parietal lobes. 23% arise in the frontal lobes and 16% arise in the occipital lobes. Sites such as the brain stem, cerebellum and spinal cord are much less common.
Classically, GBM has a thick, irregular enhancing ring of neoplastic tissue which surrounds a necrotic core.