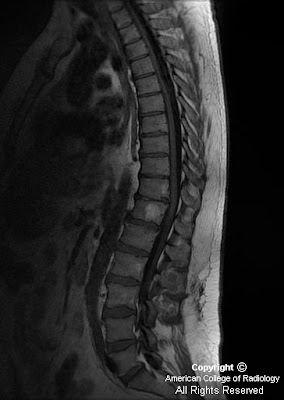 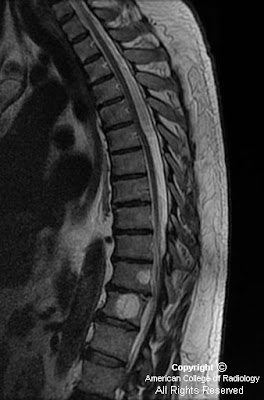 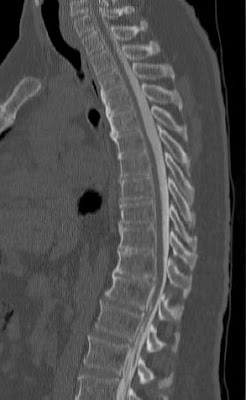 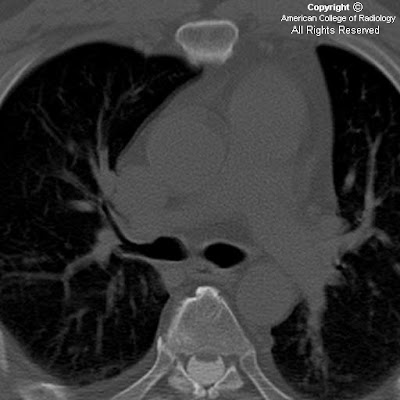 
Spinal cord herniation is a rare diagnosis to be considered in patients presenting with slow and progressive neurologic symptoms.
CT myelogram helps to confirm findings on MRI.
Pathogenesis is unclear, however is thought to be related to an initial thoracic dural defect, whether congenital or acquired.

Spinal cord herniation is a rarely encountered cause of myelopathy. The pathogenesis of thoracic cord herniation has been ascribed to a dural defect, either congenital or acquired, on the convex ventral surface of the thoracic spinal canal. The spinal cord is believed to “plug” the hole in the dura, and prolonged CSF pulsations force the cord through the dural defect. Adhesions and distortion of the cord with possible vascular compromise over time leads to progressive myelopathy. This proposed mechanism explains the absence of idiopathic spinal cord herniation occurring in the cervical and lumbar spine and posteriorly in the thoracic spine, where the cord would not be so closely applied to a potential dural defect.

The clinical presentation in the literature of thoracic cord herniation is characteristic but nonspecific. Age of presentation ranges from 22-71 years old with a mean age of 43. There is also a 2:1 female to male ratio. A majority of herniations present with a Brown-Sequard syndrome (ipsilateral hemiparesis and loss of proprioception and vibratory sensation and contralateral loss of pain and temperature sensation). A minority may present with paraparesis or bladder and bowel dysfunction. The onset of symptoms is usually slow and progressive.

Imaging studies characteristically show the cord appearing small, rotated, and displaced with an apparently dilated CSF space opposite to the direction of cord displacement. This apparently dilated CSF space represents the void left by the herniated cord. In such cases, the CSF space would be expected to follow the signal characteristics of normal CSF on MRI sequences and to fill readily with intrathecal contrast material. This could also be interpreted as an expansive communicating arachnoid cyst compressing the cord or as spinal cord adhesions from posttraumatic or postoperative fibrosis that have tethered the cord to the dura against the wall of the spinal canal. Axial images may be helpful in distinguishing a compressed cord from a herniated cord, especially if the dural defect has allowed only the lateral portion of the cord to herniate into bony notches or defects. The most common location for thoracic spinal cord herniation is between T2 and T8 over a length of 1 to 3 cm.

Treatment includes surgical release of the incarceration with repair of the dural defect. The surgical defect in the dorsal dura may require a dural graft to provide a larger dural space, as the reduced spinal cord may be swollen and edematous. In the majority of cases in the literature, the patients’ neurologic deficits resolved or improved.
Pubblicato da David Spizzichino a 16:00