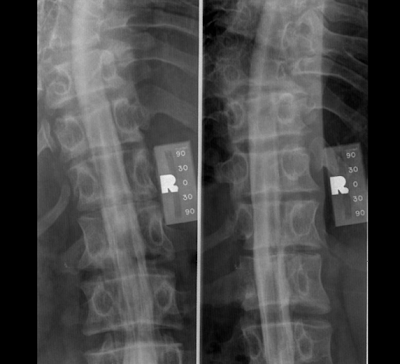 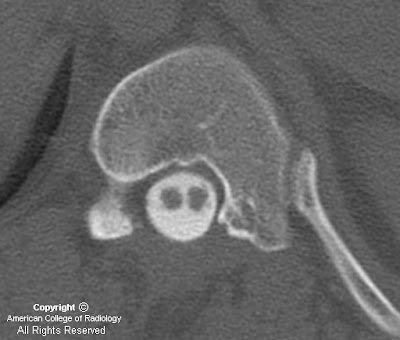 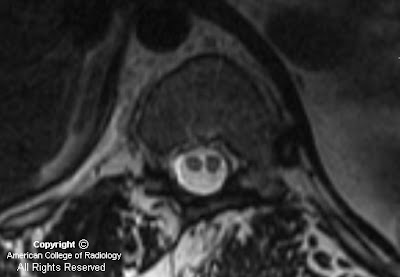 
Diastematomyelia is characterized by a sagittal division of the spinal cord into two hemicords, each with one central canal, dorsal horn, and ventral horn. An osseous or fibrous septum separates the two hemicords. The condition represents a disorder of neural tube fusion with the persistence of mesodermal tissue from the primitive neurenteric canal acting as the septum or cleft. 85% of clefts occur in the thoracolumbar spine between T9 and S1. The hemicords typically reunite above and below the cleft.

Diastematomyelia occurs in 5% of patients with congenital scoliosis. The diagnosis is typically made in childhood, and is much more common in females. The clinical presentation varies from asymptomatic to neurologic abnormalities indistinguishable from other causes of a tethered cord. Cutaneous stigmata, most commonly a “fawn’s tail” hair patch, may indicate the level of diastematomyelia. The treatment of symptomatic patients is excision of the bony spur or septum and lysis of the adjacent adhesions.
Pubblicato da David Spizzichino a 16:00