Pneumocele of the sphenoid sinus with CSF fistula 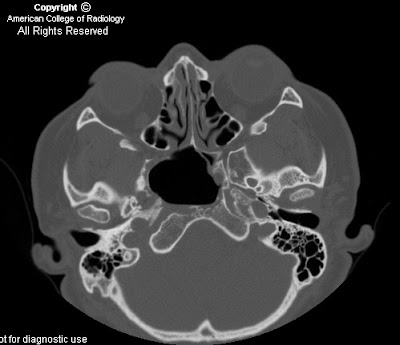 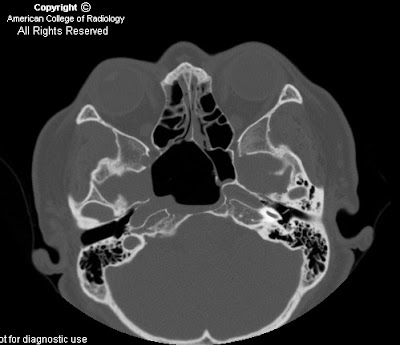 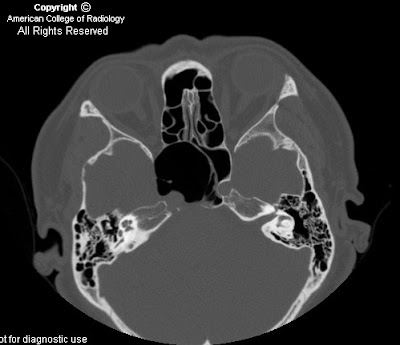 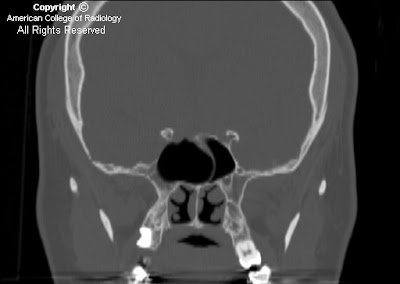 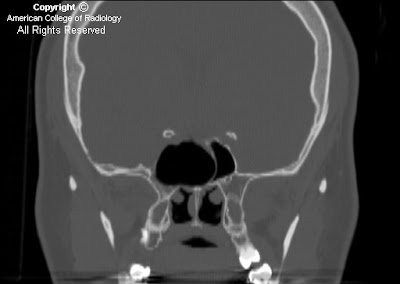 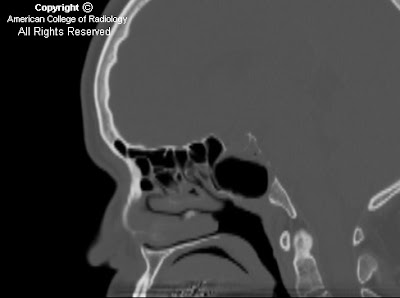 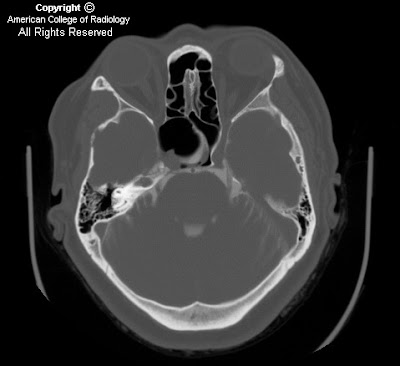 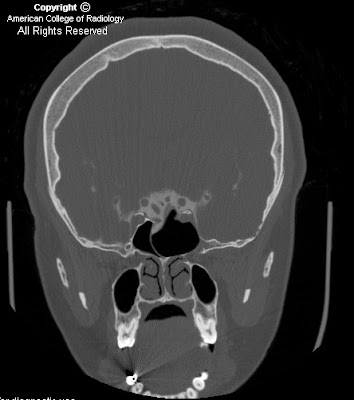 
Diagnosis: Pneumocele of the sphenoid sinus with CSF fistula


The term pneumocele refers to an aerated sinus that is enlarged beyond normal anatomic margins and whose walls demonstrate focal or diffuse wall thinning or erosion. Pneumosinus dilatans also describes abnormal sinus expansion but with normal wall thickness and integrity. Several past articles on this topic have used the term pneumosinus dilatans to describe an abnormally expanded sinus with or without bony erosion, favoring a single term to describe what the authors believed to be variations of the same entity. We prefer to distinguish between the two entities based on the presence or absence of bony wall thinning or erosion. Nevertheless, both of these lesions can occur in any sinus, but the maxillary sinus is most commonly involved by pneumoceles, whereas the frontal sinus is most commonly affected by pneumosinus dilatans. In contrast, pneumocele of the sphenoid sinus is a rare lesion.

Pneumoceles may occur suddenly, presumably by a trap-valve mechanism or by rupture of a large mucocele. In contrast, pneumosinus dilatans tend to develop chronically. However, the etiology and pathogenesis of pneumosinus dilatans are still poorly understood. Proposed theories of sinus hyperpneumatization include infection with gas-forming microorganisms, hormonal influences, and congenital defects. Pneumosinus dilatans are usually incidental findings, but have been associated with various disorders including but not limited to fibrous-osseous dysplasia, Klippel-Trenaunay, hydrocephalus and arachnoid cysts. Pneumosinus dilatans of the sphenoid sinus may also be the first sign of a meningioma of the planum sphenoidale or tuberculum sellae.

The clinical severity of symptoms depends upon the sinus or sinuses involved and will guide patient management. Reported manifestations of pneumoceles, and similarly of pneumosinus dilatans, include but are not limited to headaches, frontal bossing, exophthalmos, vision loss, and CSF rhinorrhea. Based on the presumed etiology of a trap-valve mechanism, the surgical treatment of pneumoceles includes opening the affected sinus directly into the nasal cavity via transnasal endoscopic approach. In our case of sphenoid pneumocele with associated CSF fistula, the sphenoid sinus was packed with subcutaneous abdominal fat using transnasal endoscopic technique.
Pubblicato da David Spizzichino a 16:00