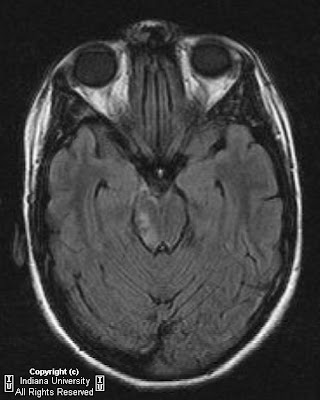 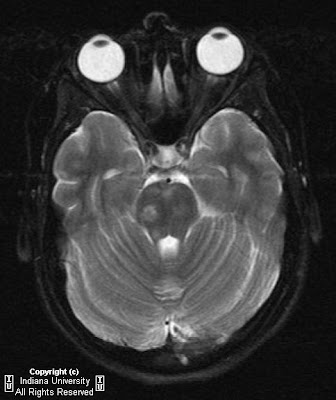 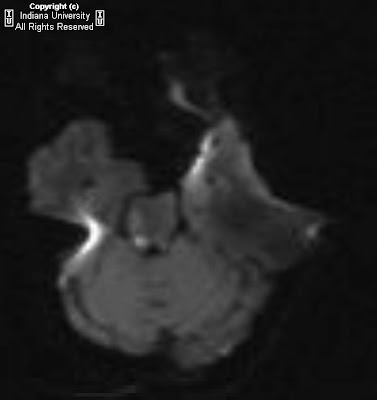 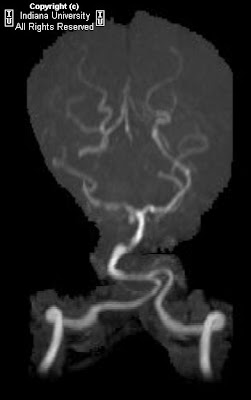 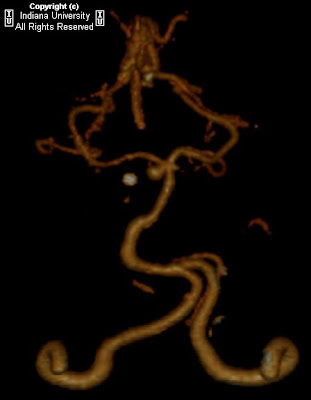 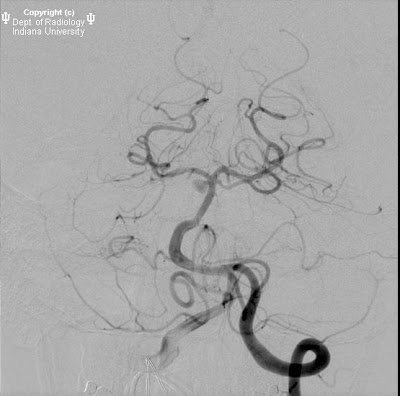 Bacterial aneurysms are usually saccular and have associated thinning of the vessel wall and perivascular inflammation. They are caused by septic emboli which infarct the vasa vasorum, causing necrosis of the vessel wall and development of a pseudoaneurysm. Mycotic aneurysms can demonstrate arterial stenosis near the aneurysm, multiple aneurysms, and rapid changes in morphology.

Endovascular treatment can involve either parent artery occlusion or coiling of the aneurysm. For this patient, the coiling of aneurysms of the superior cerebellar artery can have complications of ischemia of the cerebellar cortex if the superior cerebellar artery is occluded. However, there is usually collateral vascular flow from the AICA and PICA through the vermian arcade. Aneurysmal coiling should include not only the parent vessel, but also include any tiny vessels that near the aneurysm that are feeding the aneurysm wall, to prevent refilling of the aneurysm with blood. Tight packing of a mycotic aneurysm could lead to rupture since the wall is very fragile, therefore, concomitant occlusion of the parent vessel should be considered.
Pubblicato da David Spizzichino a 16:00