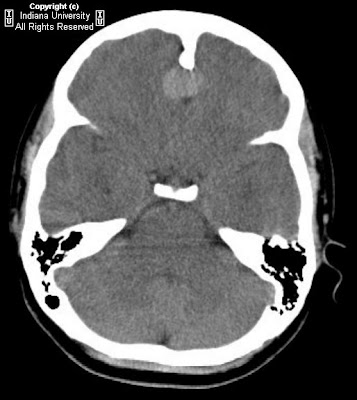 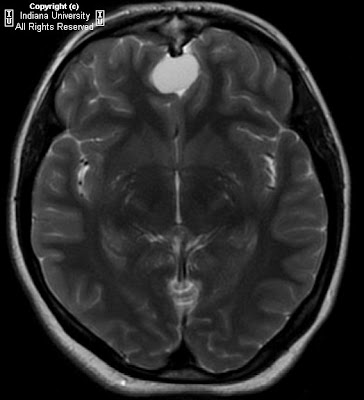 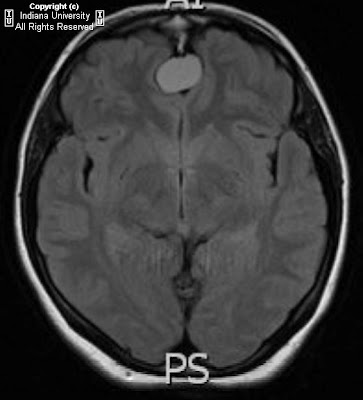 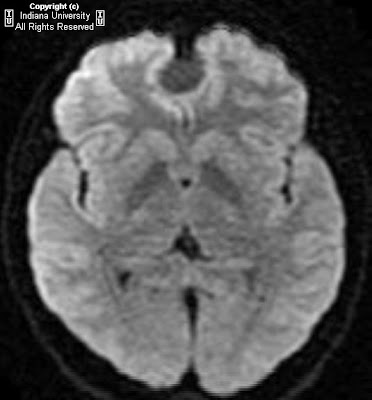 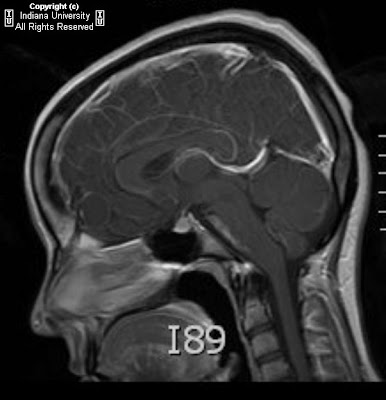 CT show a hyper dense mass within the lower anterior interhemispheric fissure. MR confirms the extra-axial mass within interhemispheric fissure. The mass is isointense on T1, hyper intense on T2 and does not exhibit restricted effusion. There is a tract identified extending from the bridge of the nose to the lesion, best seen on sagittal images. Mild peripheral enhancement of the lesion is noted following the administration of intravenous contrast.

Findings are most compatible with a nasal dermal sinus tract with a cyst within the interhemispheric fissure. The mass is felt to be more compatible with a cyst rather than a dermoid or epidermoid because it does not have signal characteristics of fat as seen with with a dermoid, or exhibit increased signal intensity on diffusion like an epidermoid. There is no evidence surrounding edema.

Nasal dermoid sinus is a result of defective embryology of the anterior neuropore resulting in any combination of sinus tract with epidermoid/dermoid.
Typical presentation is a young child with pit on the skin of nasal bridge.
Other clues to the diagnosis is a bifid cristi galli and enlarged foramen cecum.
Predisposes to recurrent meningitis if left untreated.
Treatment is surgical excision.
Pubblicato da David Spizzichino a 16:00