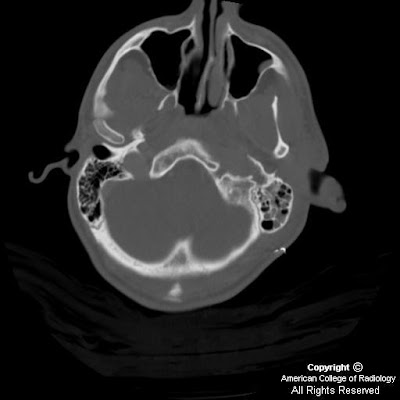 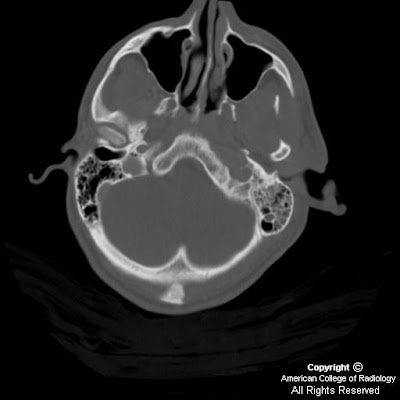 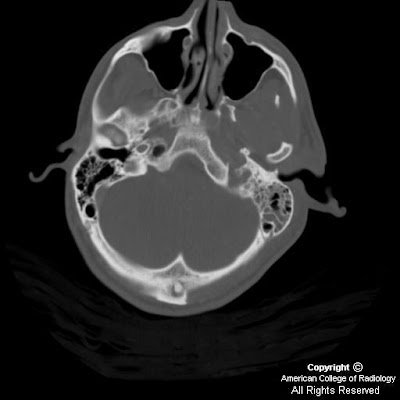 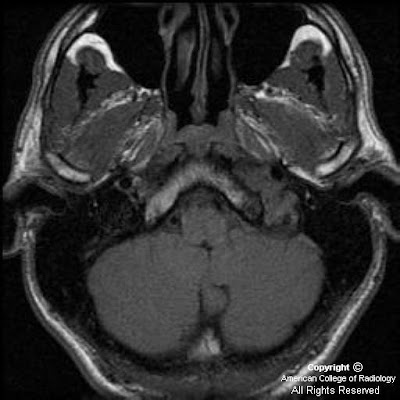 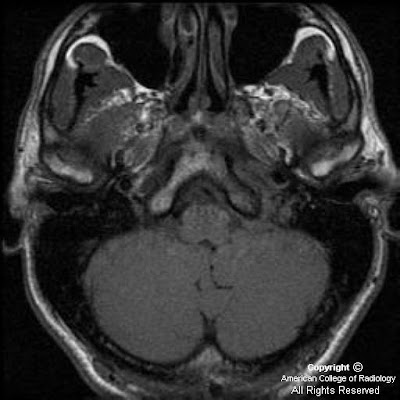 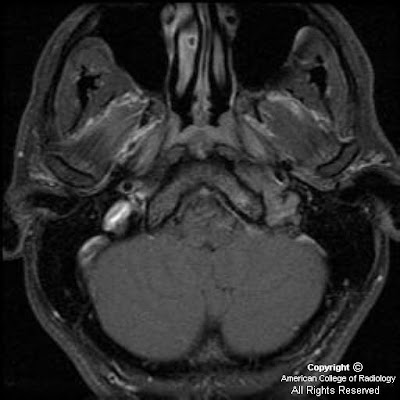 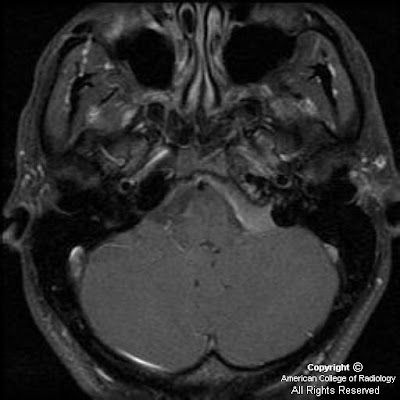 There is a poorly circumscribed jugular foramen mass with a permeative-sclerotic appearance of the involved bone with irregular margins and loss of the normal cortex with relative preservation of the bone density and architecture. There is centrifugal spread into the posterior fossa with a prominent dural tail and diffuse homogenous enhancement.

Meningiomas characteristically appear isointense to gray matter on both T1 and T2 weighted MR imaging but this appearance is variable. A relative T2 hypointensity is suggestive of a dense cellularity. There is an absence of high velocity flow voids within the mass which can help to distinguish from paraganglioma. There is dense, uniform contrast enhancement on MR and CT imaging which can help to identify a dural tail. Tumor matrix calcification is uncommon and internal hemorrhage is also rare.

Jugular foramen meningiomas typically infiltrate the surrounding skull base with relative preservation of the bone architecture. The margins of the jugular foramen are typically irregular with loss of the normal cortex. This combination of findings results in a permeative-sclerotic appearance and is different from the pemeative-destructive pattern of paragangliomas with erosion and infiltration without preservation of the underlying architecture or bone density. Additionally, schwannomas have a characteristic pattern of smooth enlargement without hyperostosis or permeative changes.
Pubblicato da David Spizzichino a 16:00