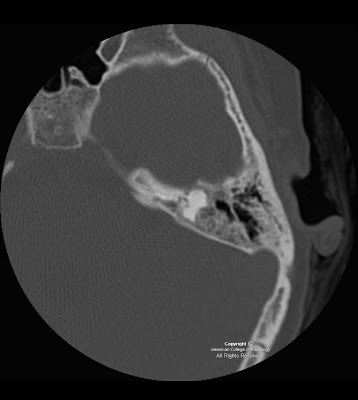 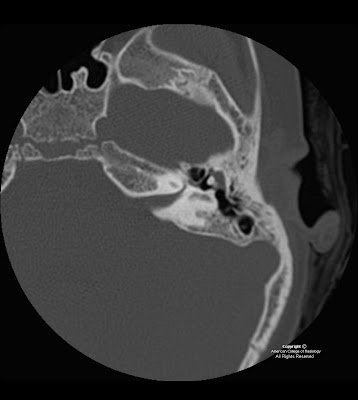 LO is the most common cause of acquired childhood deafness and can be detected by CT as early as 2 months following an episode of meningitis. Following meningitis, approximately 6% to 30% of children develop some degree of sensorineural hearing loss which is typically bilateral.

On CT, osseous deposition is seen within the membranous labyrinth. On MRI, loss of the normal high signal on T2-weighted images from displacement of the endolymphatic fluid is suggestive of this diagnosis. It is important to the clinician to distinguish between cochlear involvement, non-cochlear involvement, or both as prognosis is determined by response to cochlear implantation. The degree of ossification is important in surgical planning and severe LO may preclude cochlear implantation.
Pubblicato da David Spizzichino a 16:00