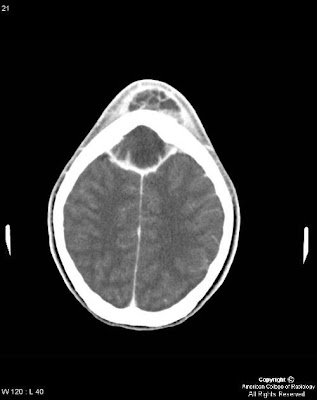 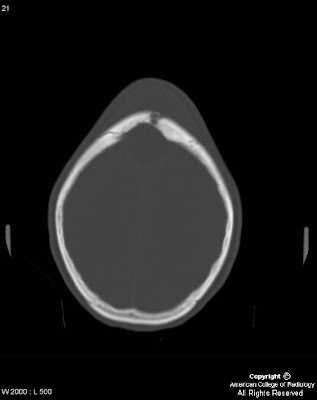 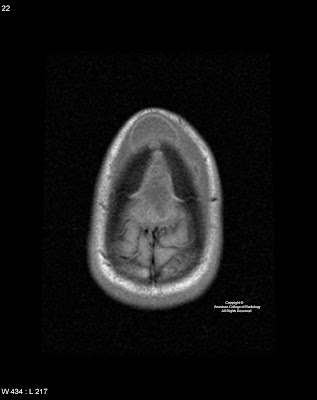 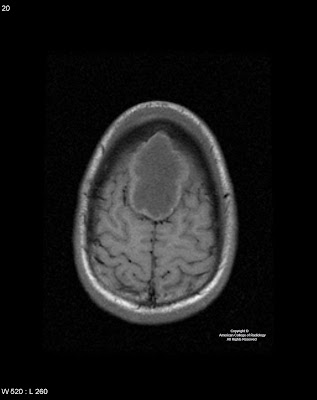 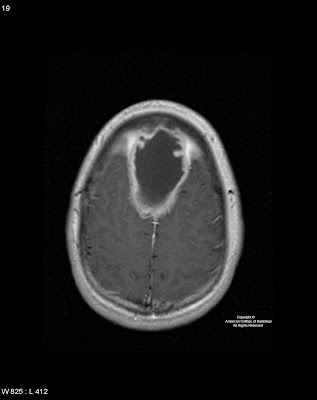 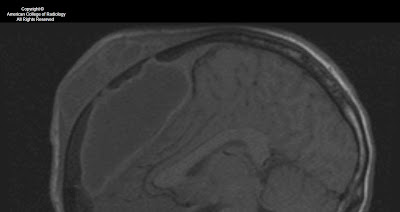 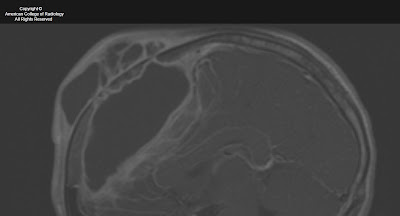 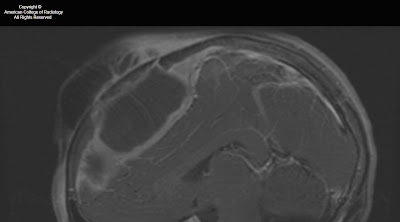 Imaging is necessary to exclude intracranial complications such as epidural abscess. Pott’s puffy tumor can also be associated with dural sinus thrombosis, meningitis, subdural empyema, epidural abscess, brain abscess, and rarely seizure. Intracranial infection is caused by posterior extension from the frontal sinus while preseptal and orbital cellulitis is caused by downward spread from the frontal sinus to the orbit. Younger children who do not have pneumatized frontal sinuses, are more likely to have ethmoid sinusitis. Orbital cellulitis is a more common complication in patients with ethmoid sinusitis.

Patients must be treated with a combination of surgery and long-term antibiotic therapy.
Pubblicato da David Spizzichino a 16:00