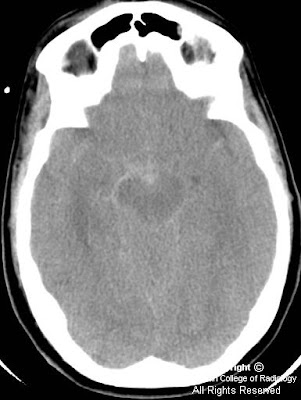 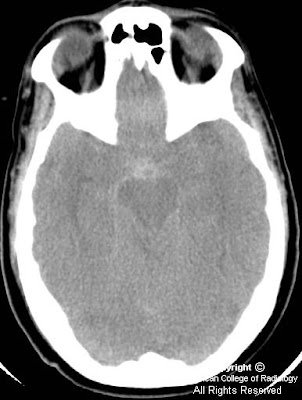 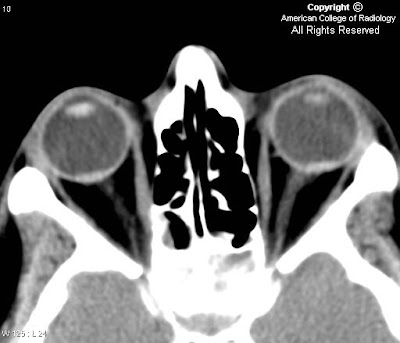 
Terson syndrome is defined by the presence of retinal, vitreous or any intraocular hemorrhage in association with subarachnoid hemorrhage. Several theories have been proposed with regard to its development. The most common theory suggests that raised intracranial pressures associated with subarachnoid hemorrhage leads to ocular venous outflow obstruction, thereby resulting in ocular hemorrhage. The hemorrhage is usually bilateral and composed of hyperdense crescentic collections along the posterior globe, near the optic nerve head. Other entities such as melanoma, metastatic lesions, and hemangiomas are in the differential, however in the setting of subarachnoid hemorrhage, Terson syndrome should be strongly considered.

Once findings of intraocular hemorrhage are noted, ophthalmologic consultation should be requested in order that a detailed fundoscopic exam be performed. Establishing a baseline is important to follow the progression or regression of the hemorrhage. Most hemorrhages clear spontaneously, however in those that do not, a vitrectomy may be needed to preserve vision.
Pubblicato da David Spizzichino a 16:00