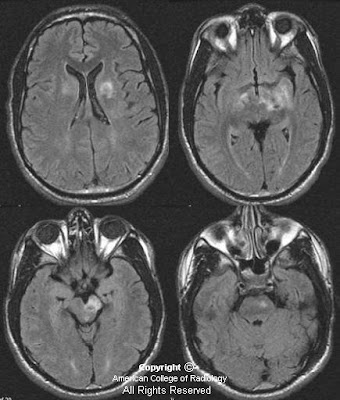 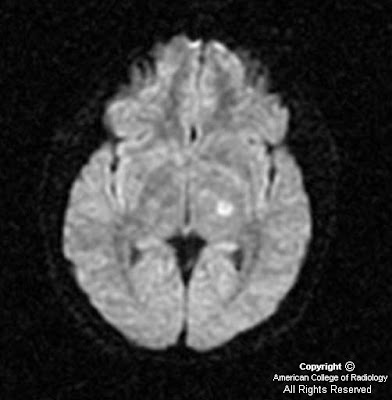 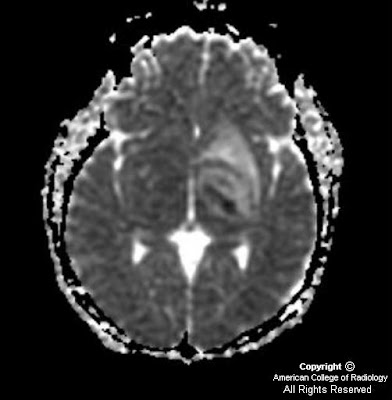 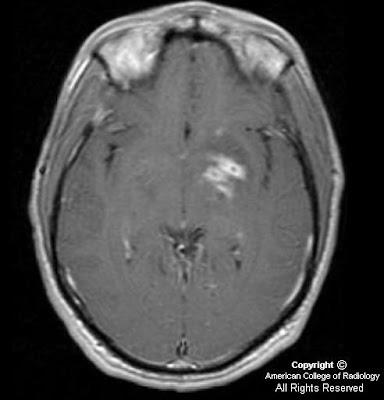 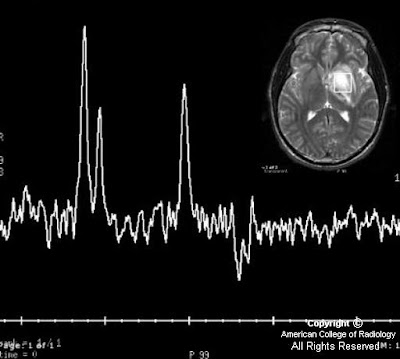 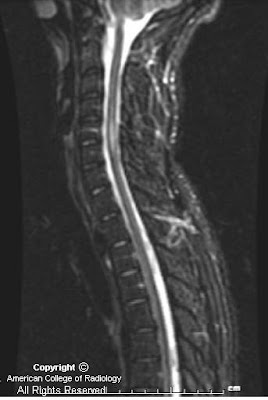 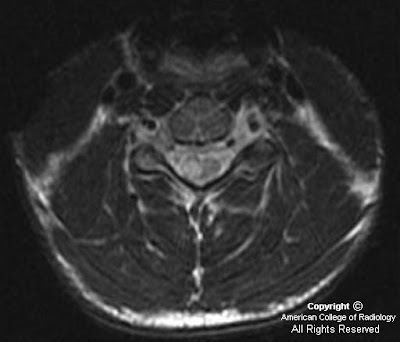 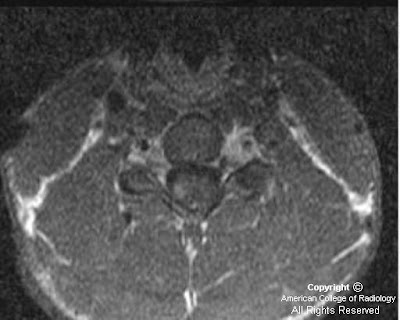 
CNS vasculitis is a heterogeneous group of disorders characterized by nonatheromatous inflammation and necrosis of blood vessel walls. Arteries and veins are affected; it can involve intracranial vessels of any size.

A variety of systemic inflammatory diseases can cause vascular inflammation and stroke. Neuro-Behcet is a type of CNS vasculitis. Behcet disease is a chronic, relapsing, inflammatory disease characterized by presence of recurrent and usually painful mucocutaneous ulcers, genital lesions, ocular lesions, neurologic manifestations and cutaneous manifestations. Behcet is uncommon in the United States.

The typical MRI findings are multiple focal T2 signal abnormalities, restricted diffusion in the acute phase of disease, and patchy vascular and leptomeningeal enhancement. The most common site of involvement is the brainstem, followed by white matter, internal capsule and basal ganglia or thalamus. Brainstem atrophy is one of the manifestations of chronic NBD. Meningeal involvement is a less frequent finding. Follow up studies show change in site, size and shape of the lesions. Cerebral venous thrombosis is seen in approximately 0.6 to 10% of Behcet disease. The spinal cord involvement is rare. It usually shows long segment lesions demonstrating high signal in T2 WI, which may show patchy enhancement. Thoracic and cervical cords are usual sites of involvement.

The prognosis varies with the type of neurologic process. Those with dural venous thrombosis or other non-parenchymal processes are less likely to have recurrent disease, disability, or premature death. By comparison, patients with parenchymal disease have a worse outcome.
Pubblicato da David Spizzichino a 16:00